WARNING! Be Careful Not To Fall For This Latest Scam 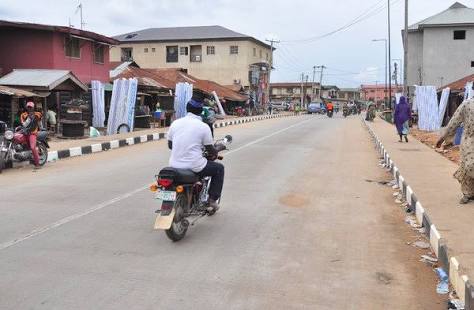 A lady was reportedly r*ped and robbed in Lagos by men operating these scams. Stay vigilant so you don’t fall victim…

This scam usually involve two people:
A man who claims to be a foreigner (black) will ask
you for directions to an herbal center or hospital nearby. The second
man who pretends to be a good Samaritan will later approach both of you.

The man (foreigner) will tell you that he lost all his goods to area
boys, and now he needs transport fare to go to his sister’s place where
he kept all the remaining imported goods (iphones, gold chains, laptops
etc). Now if you give him money or not, a guy will approach you to ask
you what the ‘mad’ man was saying.

After you explain, the second man would give the foreigner money too.
Then the foreigner will ask both of you to follow him that he will give
you free iPhone each. The second guy will be the one convincing you that
you should both follow him. Once you follow them, you have been trapped. Now you are happy to get free iPhone for your good deed.
When you get to his sister’s place, you’ll see plenty paper on the
floor and he will turn one of the paper to 1,000 Naira after washing it
with a Central Bank chemical. The man will tell you that it’s a
secret that big men and central bank produce money by washing papers
with chemical and that he wants to bless you with the secret CBN
chemical to turn any paper to money. Now you are happy again.

Then he will tell you that he has the CBN chemical that you should give
him money for the chemical. Don’t forget that the second man is with
you. He knows what is going on but he will be acting as if he’s very
happy that both of you are going to make millions for helping the
foreigner.

Then they will bring a pastor or Alfa to make an oath between all of you
to keep it a secret. If you’re a woman, all of them will ask that they
sleep with you to complete the oath. You’ll agree because you are scared
that they have metaphysical powers. But it’s all lies. The pastor or
Alfa can perform simple magic like making smoke come out of his hand or
making saliva come out of your hands. Don’t be deceived, the second guy
has touched your hand with something that makes foamy liquid. They do
this so that you’ll believe them.

Then they will ask you to go and bring all the money and gold (or any
valuable) in your house to buy the chemical. That’s how you’ll go back
and empty your account or steal all your parents’ gold and money in the
house. Afterall, you’ll make everything back with the magic chemical…
Sorry!

There’s no much difference. The man can ask you where herbal center is,
that he has a powerful egg to sell to the herbal doctor that owns the
herbal center, saying each Egg will turn to 10million naira. Then the
second guy will approach you to ask what’s going on. Then he will
convince you to follow them to the herbal center. When you get there, the herbalist will put the egg with paper inside bucket of water and change it to 1,000 Naira. Then they’ll ask you to go and bring all your money to buy 20 eggs each.
It’s all the same scam format to defraud people.
Tags: EntertainmentLifestyle
ShareTweetSendShareSend
Previous Post