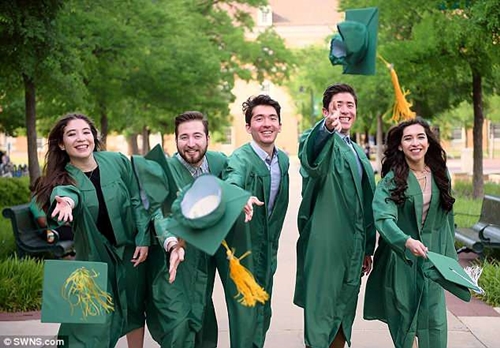 A proud father watched as his quintuplets all graduated from the same
college on the same weekend, with degrees in five different subjects.

Their story is an interesting one…

Enna,
Maria, Emilio, George and John Diaz donned their caps and gowns to
accept their certificates after four years of study at the University of
North Texas.

The 21-year-olds who graduated with degrees in
biology, finance, Spanish, social communication and art, also attended
the same elementary, middle and high school, and even went to prom
together.

Their proud parents Jorge, a salesman, and Enna Diaz, both 55, of Keller, Texas, watched as the siblings graduated last month.

The
quintuplets, who were born within three minutes of each other in July
1996, lived in the same college houses and revised together in the
library ahead of their final exams.

They all also worked
part-time in restaurants, took out student loans and used the
university’s financial aid program to put themselves through university.

But although the quintuplets shared many core classes, their majors could not be further more different.

‘Ever
since they were born people were asking me how I would ever put five of
them through college,’ Jorge, who is originally from Mexico, said.

‘It
has been my dream to see them through college. Watching them graduate
was the best feeling any parent can have but multiply that by five. We
did it.’

George, a Spanish and logistics major, said he will
never be as happy as his father was watching his quintuplets accept
their degrees.

He said: ‘I don’t think I’ll ever be half as happy
as my dad was when we graduated. It was always his main goal to get us
all through college and he was like ‘Holy Moly, I did it.’

‘It was great to start something like college with my siblings and finish it together.’ 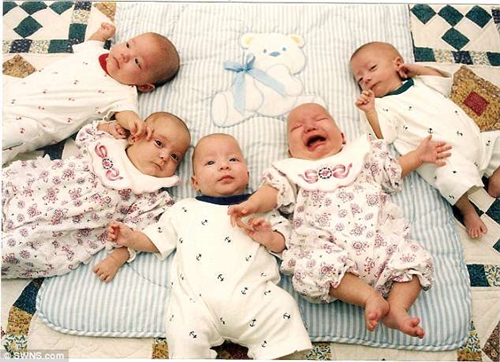 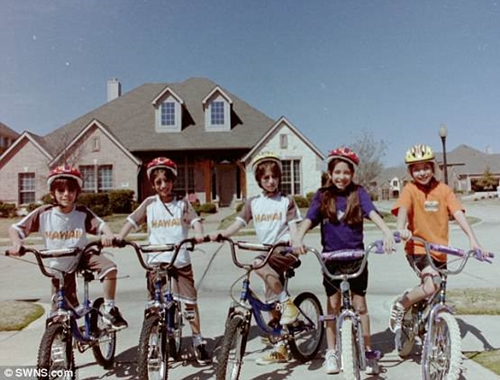 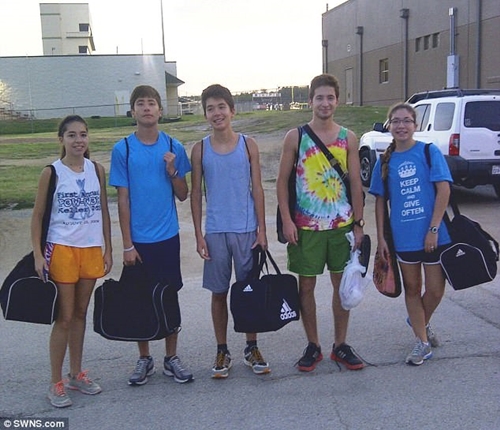 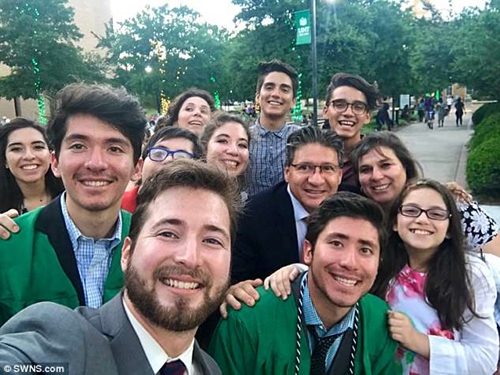 The siblings lived in adjoining dorms for freshman and sophomore years, before moving into an apartment together.
Source: Dailymail UK
Tags: Inspiration
ShareTweetSendShareSend
Previous Post

Lifesaving Reasons Why You Should Eat Dinner Early