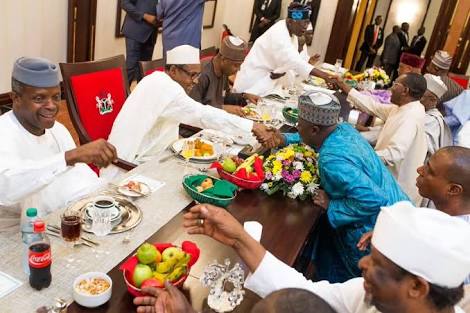 …even Congo is doing better than Nigeria?
Each April
and October, the World Poverty Clock data are updated to take into
account new household surveys (an additional 97 surveys were made
available this April) and new projections on country economic growth
from the International Monetary Funds’s World Economic Outlook. These
form the basic building blocks for poverty trajectories computed for 188
countries and territories, developed and developing, across the world.

First: Extreme poverty in today’s world is largely about Africa
According
to our projections, Nigeria has already overtaken India as the country
with the largest number of extreme poor in early 2018, and the
Democratic Republic of the Congo could soon take over the number 2 spot
(Figure 1 below).

At the end of May 2018, our trajectories
suggest that Nigeria had about 87 million people in extreme poverty,
compared with India’s 73 million. What is more, extreme poverty in
Nigeria is growing by six people every minute, while poverty in
India continues to fall. In fact, by the end of 2018 in Africa as a
whole, there will probably be about 3.2 million more people living in
extreme poverty than there are today.

Already, Africans account
for about two-thirds of the world’s extreme poor. If current trends
persist, they will account for nine-tenths by 2030. Fourteen out of 18
countries in the world—where the number of extreme poor is rising—are in
Africa.

Figure 1: India is moving down in global poverty rankings.

Second: It is becoming increasingly difficult to achieve SDG 1 (ENDing poverty)
Between
January 1, 2016—when implementation of internationally agreed
Sustainable Development Goals (SDGs) started—and July 2018, the world
has seen about 83 million people escape extreme poverty. But if extreme
poverty were to fall to zero by 2030, we should have already reduced the
number by about 120 million, just assuming a linear trajectory. To get
rid of this backlog of some 35 million people, we now have to rapidly
step up the pace.

This notwithstanding, the fundamental dynamics
of global extreme poverty reduction are clear. Given a starting point of
about 725 million people in extreme poverty at the beginning of 2016,
we needed to reduce poverty by 1.5 people every second to achieve the
goal and yet we’ve been moving at a pace of only 1.1 people per second.
Given that we’ve fallen behind so much, the new target rate has just
increased to 1.6 people per second through 2030. At the same time,
because so many countries are falling behind, the actual pace of poverty
reduction is starting to slow down. Our projections show that by 2020,
the pace could fall to 0.9 people per second, and to 0.5 people per
second by 2022.

As we fall further behind the target pace, the
task of ending extreme poverty by 2030 is becoming inexorably harder
because we are running out of time. We should celebrate our
achievements, but increasingly sound the alarm that not enough is being
done, especially in Africa.

How To Identify A Very Profitable Business Idea