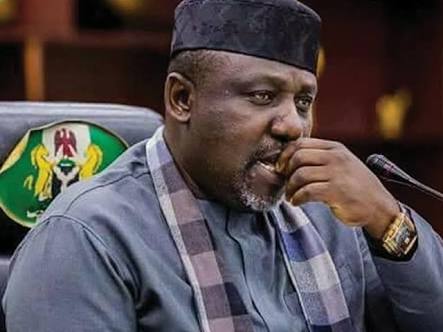 All Progressives Congress (APC) Imo State  stakeholders have said that
they have made Gov. Rochas Okorocha politically irrelevant in their
determination to rescue the party from imminent collapse in the state.

Dr Theo Ekechi, who spoke to newsmen after a close-door meeting with
the APC national leadership on Thursday in Abuja, said the stakeholders
had overwhelming evidences against Okorocha.

This,
he said, had made it impossible for the governor to get attention from
any quarter in the state and in the South-East region.

“There
have been wide jubilation in Imo because we have rescued the party from
Gov. Okorocha, we have made it impossible for him to get help from
anywhere.

“He cannot run to any political figure in the state because none is with him, he cannot approach any clergyman in the state.

“In his desperation, he ran to Sokoto, Daura and even to the Vice President, but help has refused to come,” he said.

Ekechi said Rochas’s inaction was responsible for the problems facing the party in the state and the South-East generally.

In
a petition submitted to the party’s national leadership, the
stakeholders chronicled what they described as the governor’s sins and
appealed for state of emergency in the state.

He called on the
party’s national chairman to bring to the notice of President Muhammadu
Buhari the crisis in Imo before it completely gets out of hand.

Ekechi
alleged that the state was being mis- managed under Okorocha, adding
that the governor was running the state like a personal estate.

NAN reports that he also alleged that the governor was harassing and intimidating perceived opponents in the state.

Gas Safety Tips Everyone Should Know

Popular Ikoyi Registry Can No Longer Conduct Marriages In Lagos?