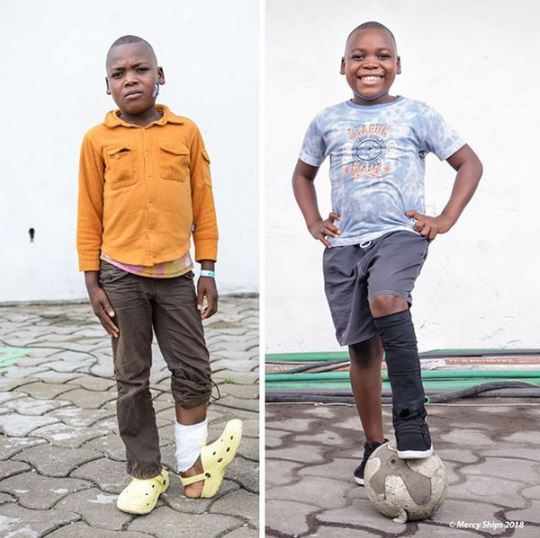 A Nigerian boy has been given a reason to smile again after his hope of playing football with friends has been realized.

The young boy identified as Adam was left injured after an infection
caused a severe ankle contracture, which made him unable to walk
properly – let alone run or play his favourite sport.

For over three years, Adam has been walking on his heel, believing he’d never be able to play normally again… 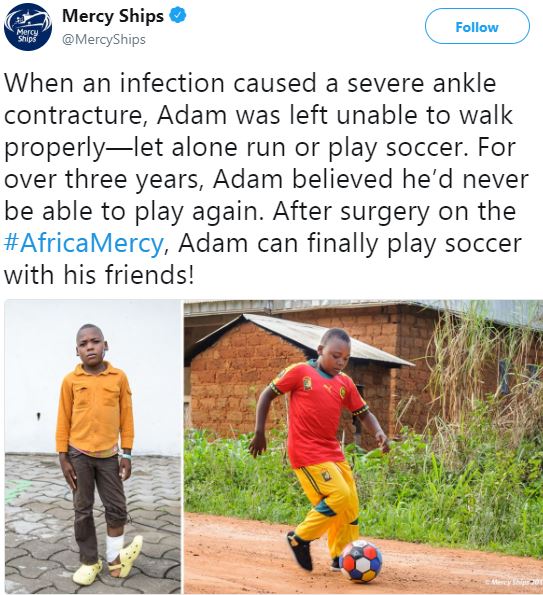 After surgery on the Mercy Ships (a hospital ship), joy has returned to Adam as he can play soccer with his friends once again.

Here Are Foods That Can Make You Age Faster