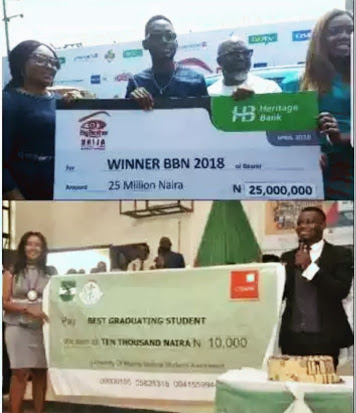 For the veteran actor, Paul Obazele, reality shows such as Big Brother
Naija should not be promoted. He expressed dissatisfaction with the
reality show.

He said that the reality show did not teach the youths anything other
than corrupt their minds more towards s*x. Some people are thinking Hell
is a joke. Sorry!

He told Saturday Beats, “I
don’t like Big Brother; why would I celebrate corruption? Do you want to
tell me that to become a superstar, you have to be having s*x in
toilets? What are they depicting? There are so many reality shows that
they can do.
It’s called cultural dislocation, bringing in the white man’s culture
into ours. S*x is nothing to them. The most decent woman I have seen in
the years of my travelling is the Nigerian woman. S*x is nothing to
other African women, this is the truth. Why would I bring in a group of
young people between the ages of 18 and 26 and make s*x the topic of the
day? What did we learn from the show?
And today, some people are parading themselves as stars. It is nonsense. There
are so many reality television shows they can do; they can send some
people on internships but then they were able to cajole Nigerians who
have small minds who think about s*x always and they started sending
text messages to vote. At the end of the day, they were able to rake in
more than N350m. If the organisers of the show made that amount of
money, how much is the N25m they are giving the winner, it is a stipend
to them. We are gullible.

Some people would argue that it does not matter because they have warned
about viewers’ discretion but that is nonsense. The show is shot in
South Africa and to be honest, s*x and drugs are nothing to them. I do
not promote things like Big Brother. It is unfortunate that they call
them stars.”

How To Take The Perfect Vacation Pics