How Social Media Is Destroying Many Marriages & Lives 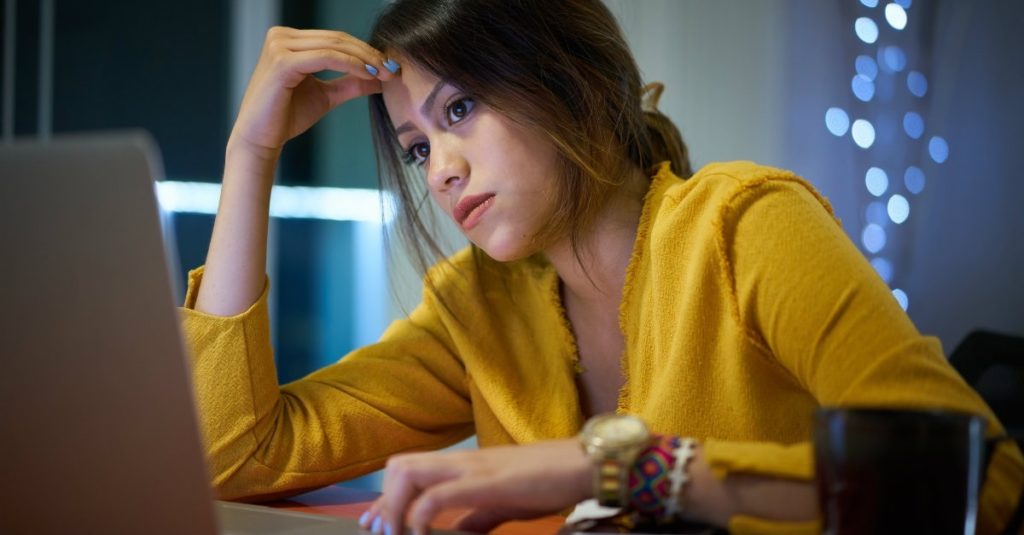 Even before I became a Pastor, I usually make a lot of money whenever I
post NONSENSE on my platform and share on social media. But I stopped
long ago even though my earnings reduced. The reason is simple; Majority
(over 75%) of people online are after s*x and all forms of immorality.
Many today just go to church but they have no respect for God or His
words. Sadly, that is the path to Eternal Destruction but they won’t
know because it doesn’t happen immediately.

Here’s an interesting article:
Social media has no doubt changed the way we think and live, but how beneficial is that for those in Christ?

I believe that social media can be an effective platform for the spread
of the gospel. There are plenty of Christ-centered resources in the
online community that I use on a daily basis to help me grow
spiritually. But if we’re honest, we probably spend a small portion of
our time advancing our spiritual growth, while the rest is spent on
aimless scrolling. We spend hours a day consuming endless information,
pictures, and videos without any safeguard for our minds.

For Christians, I’ve found that this is dangerous territory. This
potentially turns the mind into an open plain, with satan prowling
through the grass like a lion, waiting to devour. (1 Peter 5:8)

Ways the enemy tries to devour you through social media:


1. Satan wants your marriage.
It starts with a Like here, and a Like there. She’s only a friend. You
justify the innocent interaction of the Like button because it doesn’t
cross any solid lines. You gradually push the boundary line further and
further back. Maybe the Likes and Comments lead to private
conversations. Remember, sin is never satisfied with the amount of you
it has.

Sooner or later you are hiding conversations from your spouse. Before
you know it, you’re involved in a mental, perhaps even a physical
affair.

Many studies show that Facebook is the most common place that an affair
starts. I’ve seen it happen to close godly friends that thought they
would never get to that point. Unless you have safeguards in place, it
can happen to you.

I used to roll my eyes when I saw couples with joint Facebook accounts,
or shared passwords. But now I get why most of them do it. Those couples
realize the dangers. Those couples are doing the right thing.

Give your spouse access to your social media. Believe me, having that
accountability is absolutely necessary. You are far less tempted to hide
anything. And if you have anything to hide from your spouse, it is more
than likely sinful.

“Catch the foxes for us, the little foxes that spoil the vineyards, for our vineyards are in blossom.” (Song of Solomon 2:15)

2. Satan wants your pure thoughts.
If you are fighting the sin of lust, I suggest taking a break from
social media, perhaps even indefinitely. Your relationship with God is
infinitely more valuable than Facebook.

Aimlessly scrolling through the mind-numbing newsfeed is one of the most
dangerous things a Christian can do. In my experience, that’s where
pure thoughts go to die. We live in a por-nographic culture and it is
almost impossible to avoid while scrolling. Consider that with the ease
of giving into lustful thoughts and it’s a disaster for holy living.

The temptation to scroll back up for one more look is even more
dangerous because its privately done. Satan will whisper that it’s okay
to look because there’s no harm. Who’s going to know? It can be your
little pet sin. But just like I mentioned in the previous section, it
won’t stop there.

Unfollow, unfriend, or delete your account if you have to. Remember the
areas that caused you to stumble before and run the other way. But don’t
merely run from them, run to the open arms of Christ Jesus. Run to the
promises of His Word.

Matthew 5:8 tells us that the pure in heart will see God! Keep your
heart pure and fixed on the Father. Get rid of anything that might
hinder that. It’s absolutely worth it, and absolutely deadly if you
don’t.

“The end of all things is at hand; therefore be self-controlled and sober-minded for the sake of your prayers.” (1 Peter 4:7)

Whatever you do on or off social media, either glorifies satan or God. Be wise. Chose wisely.

Pastor Laments Rising Cases Of Divorce Even In Churches