by Tony Orji
in News
Reading Time: 5min read
0
Share on FacebookShare on TwitterShare on Whatsapp 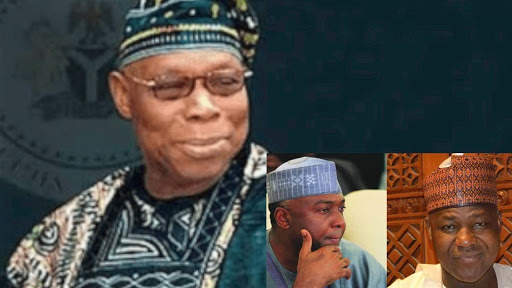 The leadership of the Peoples Democratic Party is currently under
intense pressure from the coalition of 36 political parties and the new
PDP bloc within the All Progressives Congress to change its name as a
condition to form an alliance ahead of the 2019 general elections.

What is the game plan and those involved?

Investigations revealed that the PDP and the
various parties would have metamorphosed into a mega political party if
the leadership of the main opposition party in the country had succumbed
to the pressure to change its name before now.

It was gathered
by Punch that the majority of the leaders of the PDP were, however,
positively considering the option of a name change as a sacrifice the
former ruling party would make in order to defeat the APC in 2019.

A
source within the party confided in Punch that the PDP might cease to
exist within the next few weeks as negotiations were at an advance stage
to dissolve it into a new group that would emerge as a mega party.

He
said, “What the PDP leadership is planning will not be like the merger
that led to the formation of APC. We will not apply to INEC for a change
of name. The time is too short to do such things and we should be
careful to avoid the arrangement being frustrated.

The Vice-Chairman of
the PDP in the South West geopolitical zone, Dr. Eddy Olafeso,
confirmed to one of our correspondents that heavyweight politicians and
groups, who left the PDP before the 2015 elections, were pressing the
party for a change of name.

He stated that the Kawu Baraje-led
new PDP group for instance, was strongly disposed to the renaming of the
party in order to win the confidence of the electorate.

Olafeso
added, “We have spoken with many of them (new PDP) and they are desirous
of returning to the PDP. The outcome of their engagement with us is a
possibility of a name change.

“My opinion is that the alphabets –
PDP – did not offend Nigerians but since the coalition is pressing for
it, that means we all have to make sacrifices to change this ineffective
government.

“If there is the need for us to do certain things to
accommodate other parties, we are willing to make the sacrifice. We all
must collectively work together to salvage this nation.”

Also,
the National Publicity Secretary of the PDP, Mr. Kola Ologbondiyan, in
an interview with Punch on Friday, said the report of the Liyel Imoke’s
committee on the issue (consulting other parties), which is expected to
be submitted on Wednesday this week, would determine whether the name of
the former ruling party would be changed or not.

He said the party would take a decision based on the panel’s submissions.

Ologbondiyan
explained that the issue of a name change was not the idea of the PDP
but that of former members who said they would not want to return to the
old PDP which they left.

He said, “In order to address their
concerns, the party set up the contact and integration committee led by a
former Governor of Cross River State, Liyel Imoke, to liaise with
individuals, groups and political party leaders who want to either
return or join the PDP.

“It is the outcome of the committee’s
findings and report that will form the basis of the party’s decision to
either adjust its name or retain the current PDP.

“The party will
have to look at the legal implications. The committee will submit its
report latest by Wednesday next (this) week except if it is extended.
The report will be subjected to legal scrutiny and advice.”

The PDP, on Saturday, reiterated that the suggestion that it should change its name was not its idea.

On
Saturday, Ologbondiyan told Punch in Abuja that as a party, the PDP was
not considering a change of name, but that other parties, which
demanded a coalition with it, had insisted that the former ruling party
changed its name to accommodate their interests.

The spokesman
explained that the Imoke committee had been holding a series of meetings
with groups and individuals which he declined to name.

In
response to questions about the calibre and the number of people so far
approached by the PDP to join the coalition, he said talks were still
ongoing.

Ologbondiyan added, “The Liyel Imoke-led committee is
working very hard to achieve the goals set for it and we are confident
that the outcome of its work will be positive.

“The committee was
scheduled to submit its report on Wednesday this week, but based on a
request by the committee, the party has granted it a two-week extension
to enable it to conclude its assignment.”

On the issue of a name
change, he stated, “The people who want to join us are the ones
suggesting that we make adjustments to our name, not a total change of
name.

“The committee is meeting with individuals and groups who are willing to join us.

“I
don’t want to pre-empt the committee’s report; what I can say is that
the doors of the PDP are open to all who are interested in rescuing
Nigeria from the very difficult position we are in today.”

When
contacted on the telephone, the Chairman of the African Democratic
Party, Chief Okey Nwosu, said he was not aware of the condition given to
the PDP.

“I don’t know the meetings they have been having with
Baba (Obasanjo) and his group. So, the ADC is not meeting with the PDP
but some critical stakeholders in our party may have been meeting with
them,” he added.

Punch attempts were unsuccessful to get a
response from the leader of the defunct new PDP, Alhaji Kawu Baraje, on
comments made by the Kaduna State Governor, Nasir el-Rufai, rubbishing
the seven-day ultimatum issued by the defunct splinter group and the
talks with the PDP.

Calls to his mobile were not returned. A
response to a text message sent to him on the subject was still being
awaited as of the time of filing this report on Saturday.

El-Rufai had, last week, said President Muhammadu Buhari would win the 2019 presidential election without the nPDP.

Punch
had exclusively reported on May 13 that major opposition parties and
third force elements were holding joint and separate talks with a view
to forging an alliance and fielding one presidential candidate in 2019.

According
to the report, the parties that are participating in the ongoing
discussions include the PDP, the Olusegun Obasanjo-backed ADC, and the
Chief Olu Falae-led Social Democratic Party.

The Nigerian
Intervention Movement, co-chaired by Dr. Olisa Agbakoba (SAN) and Dr.
Abdujalil Tafawa-Balewa, is holding alliance talks with the Coalition
for New Nigeria, a coalition of 35 political parties.

Also, the
Chairman of the CNN, Dr. Yunusa Tanko, who is also a former National
Chairman of Inter-Party Advisory Council, confirmed to Punch last week
that over 35 parties were holding talks in order to form an alliance.

He
confirmed that although the PDP was a member of the CNN, party (PDP)
officials were making overtures to the coalition for the purpose of
forging an alliance against the APC in the 2019 general elections.

Beautiful Lady Celebrates After Graduating As A Private Pilot

Obasanjo visits Afenifere leaders: “We have to rescue Nigeria”