How One Single High School Produced The CEOs Of Microsoft, Adobe & MasterCard 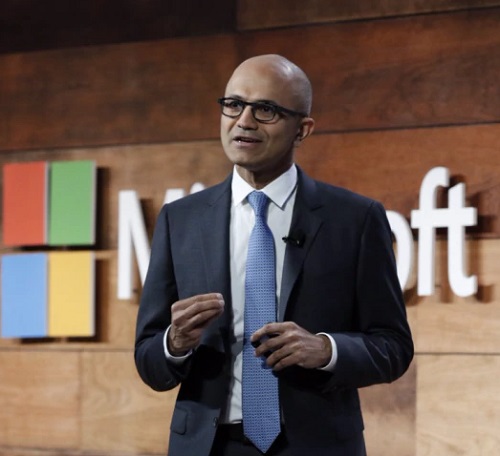 According to the writer, if you’re looking to raise one of the most
powerful business leaders in the world, you might want to send your kid
to Hyderabad Public School, Begumpet, in India.

In an interview with Stephen Dubner on an episode of the “Freakonomics” podcast, Microsoft CEO, Satya Nadella said;

not only did he attend the high school, but so did Shantanu Narayen, the CEO of Adobe, and Ajay Banga, the CEO of Mastercard.

Hyderabad
Public School is what Americans would consider a private school –
though in India, like England, such schools are called public schools.

According
to Hyderabad Public School’s website, it was established in 1923 as a
school for the sons of aristocrats, modeled after Eton College in
London. Last year, it was ranked one of the top 10 schools in India.

The
school is in Hyderabad, the southern Indian city that has become a tech
hub. Since 1990, Hyderabad has been home to the headquarters of
Microsoft India.

“Attending the HPS was the best break I had in
my life,” Nadella said when he visited the school last year, according
to The Hindu.

Nadella played cricket at the school, and he has
spoken before about how the sport influenced his career. In a recent
interview at Wharton Business School, Nadella said he learned from his
high-school cricket coach how to walk the line “between having
confidence in your own capability yet having the ability to learn.”

The
school’s core values, according to its website, include “strong
self-esteem” and “tolerance and respect for others.” The school motto?
“Be vigilant.”

The website says: “These words exhort young
students to be mentally alert, physically ready to take up the
challenges that life has to offer.”

8 Reasons We Believe Jesus Really Rose From The Dead