Depression Is Real And So Is Hope 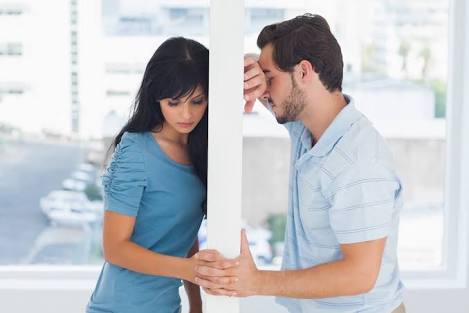 I’m a Christian; I came to this realization very early in life and have
lived a life aligned with the Christian faith. Some think that
Christians don’t get depressed, or depression is not real.

In
reading the book of Job in the Bible, Job acknowledges that he was
depressed. His troubles were weighing him down and he didn’t understand
why, so he suffered from bouts of depression during his trials.

Job
had all of the conditions that were ripe for (situational) depression,
and he expressed it to his friends and to God. In addition to Job there
are many other Biblical figures that dealt with depression:

So it is foolhardy to act as if depression does not exist or to
simply make light of our emotional state. Job was ill, lost his
possessions and his children. He reasoned with God, questioned God and
yet he was still depressed and his situation remained the same. But Job had something many depressed people may not have – he had HOPE.
He did not go into a state of permanent despair, a place where many
seem to be and can’t seem to escape it. Job knew God had the final
answer and he would continue to trust God in spite of his circumstances
and no matter how he felt.

The point of this post is that
depression exists but it doesn’t have to be permanent. You don’t need to
remain depressed forever. I have been depressed at various points in
life. Once I recognized it, I did everything I could to get past it. I
researched remedies, went to my doctor, took more time for me, prayed
more, and read my Bible more which led to amazing revelations for me
that ultimately removed the depression. Like Job, even when I was
depressed I never gave up hope. I chose to believe the truths of God’s
word vs. the lies of the devil. I shared with those closest to me and
they were able to help, hold my hand and encourage me.

I’ve
noticed that in marriage when one is up the other is down and vice versa
– and it’s good because we can be what the other needs at that point in
time. In the rare or occasional moments when we’re both down we talk it
out, laugh it out or hug it out because sometimes nothing can be said.
Job had his wife, who is often misunderstood and his friends who at some
point became miserable comforters. But in all of this when humans
failed Him, he held on to the faithfulness of God. He never gave up on
God.

If you’re depressed don’t give up hope, trust God and seek help.

Am I Really Saved? See 10 Ways To Know For Sure