Ways To Stand Strong & Win Spiritual Battles In Your Life

by Tony Orji
in Inspiration
Reading Time: 7min read
0
Share on FacebookShare on TwitterShare on Whatsapp 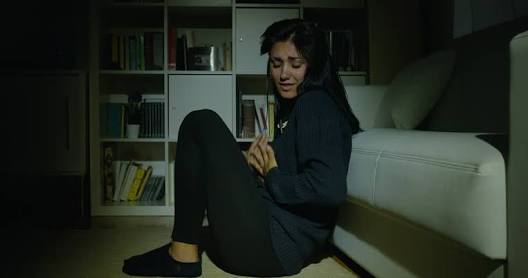 Over 75% of people who are struggling with POVERTY are suffering from
Spiritual Battles, whether you believe it or not. In fact, the only
difference between people suffering spiritual battles in Nigeria
(Africa) versus those in America (developed countries) is that for over
200 years they have built a government system that works for the
majority. Hence, poor people have social security, workers are paid well
and regularly, etc.

Today, if American workers are owed for just 3 months, the country will
almost collapse, the true poverty state of most of them living on loans
and credit cards will force them to resort to Nationwide protests. But
in Nigeria, today some teachers are being owed for as much as 28 Months
(this is official, not an exaggeration), yet people are managing.

The problem we have in Nigeria is that some pastors don’t know how to
restrict themselves to their Calling. Some pastors who do not have the
Anointing, Grace or Experience of a MAJOR PROPHET will be discouraging
their church members from seeking help elsewhere. You will hear them say
things like, “Don’t go and fall into the hands of false prophets o”.
Let me tell you, it’s not difficult to identify false prophets unless
you’re VERY ignorant. Seek help elsewhere, if you discover that your
Pastor doesn’t SEE beyond the flesh. Spiritual Battles cannot be won
with BLIND prayers. Yes, no pastor want his members to go and get
solution to their problems elsewhere, as it will make him look like he’s
not capable. But it’s your life, seek help and get help, then you can
go back and continue worshipping in your church if you so love your
pastor.

There are evil everywhere, but you can overcome. Read the piece below;

I’m not sure when the term “spiritual warfare” was coined, but in my
research I’ve discovered it mentioned as early as the 1600’s.

Spiritual warfare is depicted (without using the term) back to the writing of the New Testament as Paul stated:

“Put on the full armor of God, so that you can take your stand
against the devil’s schemes. For our struggle is not against flesh and
blood, but against the rulers, against the authorities, against the
powers of this dark world and against the spiritual forces of evil in
the heavenly realms.” (Ephesians 6:11-12)

For though we live in the world, we do not wage war as the world does.
The weapons we fight with are not the weapons of the world. On the
contrary, they have divine power to demolish strongholds. We demolish
arguments and every pretension that sets itself up against the knowledge
of God, and we take captive every thought to make it obedient to
Christ. (2 Corinthians 10:3-5)

Here are proven ways to stand strong in the face of spiritual warfare:

“Finally, be strong in the Lord and in his mighty power.Put on the full
armor of God, so that you can take your stand against the devil’s
schemes.For our struggle is not against flesh and blood, but against the
rulers, against the authorities, against the powers of this dark world
and against the spiritual forces of evil in the heavenly
realms.Therefore put on the full armor of God, so that when the day of
evil comes, you may be able to stand your ground, and after you have
done everything, to stand.Stand firm then, with the belt of truth
buckled around your waist, with the breastplate of righteousness in
place, and with your feet fitted with the readiness that comes from the
gospel of peace.In addition to all this, take up the shield of faith,
with which you can extinguish all the flaming arrows of the evil one.
Take the helmet of salvation and the sword of the Spirit, which is the
word of God. And pray in the Spirit on all occasions with all kinds of
prayers and requests” (Esphesians 6:10-18).

2. Know how to recognize spiritual warfare.
Here is what it often looks like:

3. Double back on your joy & peace in the Lord.
Spiritual warfare often comes right before unprecedented seasons of
God’s blessing. If you are experiencing unusual adversity and the timing
seems odd as you are simply trying to make an impact for the kingdom of
God, be encouraged that God may be about to bless your efforts
significantly.

Often spiritual warfare is the enemy’s attempt to steal our happiness
about what God is doing in our lives. Don’t take the bait! Double back
on your peace and joy in God, and His sovereignty over every situation
in your life.

Nehemiah told the people, “Go and enjoy choice food and sweet drinks,
and send some to those who have nothing prepared. This day is holy to
our Lord. Do not grieve, for the joy of the LORD is your strength.”
(Nehemiah 8:10) In moments where God is moving, and blessing and
spiritual warfare comes your way, don’t let it steal your joy – enjoy,
and be satisfied and grateful for everything God has done for you, and
is about to do through you!

If you need to, pray with David, “Restore to me the joy of your
salvation and grant me a willing spirit, to sustain me.” (Psalm 51:12)

Jesus promised he would give us a peace that this world cannot take
away, and that surpasses understanding. (John 14:27; Philippians 4:7)

4. Know you’re making a difference.
Spiritual warfare often comes when we are about to make a mark for God’s kingdom which brings glory to God.

If you are encountering spiritual warfare, know that God is using you,
and you are making a difference. In fact, the greater the spiritual
warfare likely means the greater the impact you are having for the
kingdom.

My friend Jon Bloom (he’s also my favorite author!) shared a powerful
blog about spiritual warfare that has helped me immensely. He writes:

In war a breakthrough only really matters if it occurs at a strategic
location. And the evidence that a location is strategic is almost always
revealed by the amount of enemy forces amassed to protect it. An enemy
led by skilled generals plans to ferociously protect what it prizes
highly.

But we must keep in mind that strategic ground is not yielded easily.
Whether we’re battling for breakthroughs against our own stubborn sin or
the unbelief of a loved one or breakthroughs in the missional advance
of our local church, reaching unreached peoples, rescuing persecuted
believers, orphans, sex slaves, or the unborn, we are up against
“spiritual forces of evil in the heavenly places” (Ephesians 6:12). We
don’t know exactly what that means, except that these forces are very
strong.

So if you are encountering spiritual warfare, you may be about to see a
strategic breakthrough for the kingdom of God, for freedom in people’s
lives, and for the glory of God. Keep going!

5. Keep praying & trusting the Lord.
The Bible tells a story about the disciples praying for a boy to be
delivered from demons and it didn’t work. Jesus came along and the boy
was set free. The disciples had already been used by God to see this in
other people’s lives – what were they failing to do here? Jesus said,
“This kind can only come out by prayer.” (Mark 9:29)

Jesus was teaching them about prevailing prayer. Some things must be
prayed through over a period of years. Never lose faith that God can and
will move on your behalf.

But Jesus was also trying to teach them to take their prayer life to
another level. For the battle you are facing, one of the greatest ways
you can stand strong is to step up your prayer life:

God’s Word tells us to “Endure suffering, as a good soldier of Christ.”
(2 Timothy 2:3) There will be seasons in life where we simply need to
endure, and we can stand strong by stepping up our prayer life, and
deepening our trust in God and his goodness.

“I remain confident of this: I will see the goodness of the LORD in the land of the living.” (Psalm 27:13)

4 Places In The World You Should Visit At Least Once