One Simple Way To Diffuse Tension In Your Marriage 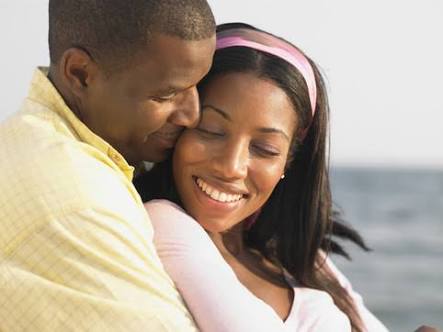 Since becoming a Pastor, I’ve discovered that quite a number of young
adults are tackling one issue or the other in their marriage. Most of
the issues are tied to wrong communication, not being on the same page
in terms of Godly values, Financial goals, Good acceptable attitude and
sometimes outright insincerity. Whatever the case, genuine commitment to
God’s purpose for marriage is the sure way to a solution.

Read the piece on how to diffuse tension in your marriage:

How often do you and your spouse end up at odds because you said
something (or he said something) that didn’t come out quite right?

We often have good intentions. But then somehow, it all goes south.

After nearly 30 years of marriage, as a wife I’ve learned that how we
frame our questions or statements can make the difference between
uplifting or upsetting our spouses.

Consider the following scenario: You are getting ready to go out and
grab an inexpensive dinner with your husband. But you feel like
freshening up first because you want it to feel like a date. As you
focus on getting ready, he is focused on food. As you fix your makeup
and hair, he’s getting hungrier.

Then, when you’re finally ready, you notice him in his favorite shorts
and his comfy, but not-so-attractive t-shirt and you say, “Are you going to go dressed like THAT?”

But you meant: “I dressed nicely. You didn’t.”

He hears: “I dressed up for YOU,” but doesn’t know how he’s supposed to
respond. Is that an accusation that I didn’t dress up for her? Is she
waiting for a ‘thank you’ or a ’you look great’? Is she expecting me to
wear something else? What am I supposed to do?

He ends up opting for: “Is that new?” (thinking maybe it is and you’ll be upset if he doesn’t notice.)

You hear: “Did you spend money again on clothes that you don’t need?”

Now, do you see where all of this misunderstanding and defensiveness can
lead? Your man shouldn’t have to walk through a minefield to get out
the door to have dinner with his wife. Yet the bombs can go off when we
say something explosive that we didn’t think to carefully frame into a
piece of encouragement instead.

Reframe Your Words
We can talk to our husbands without offending, confusing, or putting
them on the defensive by framing what we say in a compliment and
eliminating their guesswork.

Here are a few of the not-so-kind things wives want to say to their husbands, along with a better way to frame the statement.

Don’t say: “Are you going to go dressed like that?” Instead, say: “Why
don’t you wear that new blue shirt? You look terrific in it.”

Don’t say: “I tried all day to reach you. Where were you?” Instead, say:
“Is everything okay? I wanted to connect by phone and see how you were
doing today.”

Did you notice something about how all of those statements were
reworded? The original statements sounded like accusations. They were
pointed questions that can put your spouse on the defensive. But by
reframing the question, it turned into a compliment; what might have
been perceived as an accusation turned into a form of admiration and
even affirmation.

If we, as wives, would never want to hear our husbands say something
like, “Are you going to wear that?” or, “Have you gained a little weight
lately?” or, “I wish you looked and acted more like you did back when
we met,” then why on earth would we say it to them?

Speak to your man in a complimentary manner, rather than a negative
tone. And make sure you watch your body language. (My husband does NOT
like when I say something to him with my hands on my hips. For me, it’s
just a comfortable way to stand. To him, it says I’m assuming command of
The USS Enterprise!)

I believe we can get in the habit of framing our words well when we
practice the instruction in Ephesians 4:29: “Let no corrupting talk come
out of your mouths, but only such as is good for building up, as fits
the occasion, that it may give grace to those who hear.”

Next time something is on the tip of your tongue, stop and ask yourself,
“Will this build up my husband/wife or tear him down?” Always consider
how you can reframe your words in a way that builds your spouse. Strive
to help your spouse get better.

4 Places In The World You Should Visit At Least Once