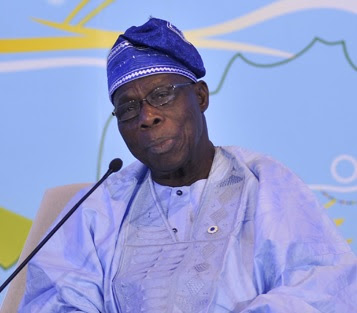 All appears set for the unveiling this Wednesday of former President
Olusegun Obasanjo’s massive Coalition for Nigeria (CAN) Movement.

Obasanjo
broke the news of the coalition in a long “special statement” in which
he lashed the President Muhammau Buhari administration for incompetence
and hardship affecting many Nigerians.

10 governors, several
senators and House of Reps members, top politicians and credible
Nigerians who have done well outside politics are said to have indicated
interest to work with Obasanjo.


Seven of the governors are believed to be of the
ruling All Progressives Congress (APC) and three of the Peoples
Democratic Party (PDP).

Others who are said to be part of the
formation of CN are a former National Security Adviser, some
ex-governors, such as Rabiu Musa Kwankwaso, former Cross River State
Governor Donald Duke and former Jigawa State Governor Sule Lamido and
retired Generals, among others.

The launch of CN Movement will hold this morning at the Shehu Musa Yar’Adua Centre.

Former Osun State Governor Olagunsoye Oyinlola is said to be the coordinator.

Oyinlola’s Asokoro Quarters, Abuja home was a beehive of activities yesterday, with politicians flocking the place.

It
was gathered that Oyinlola is set to resign his appointment as the
chairman of the National Identity Management Commission(NIMC) to enable
him take up the role of coordinating the coalition.

Although the programme for the launch was already in the public domain yesterday, the list of attendees was kept under wraps.

The programme, however, stated the mission of the CN as follows:

“The
Coalition for Nigeria Movement is a movement that seeks to promote and
ensure socio-economic development, improvement, growth, social justice,
egalitarianism, cohesion, cooperation, equity, equality of opportunity,
transparency, societal order, rule of law, human security and human
rights leading to National Unity, good governance and general well-being
and the welfare of all citizens and inhabitants of Nigeria.”

A
source, who spoke in confidence with The Nation, said: “As you can see,
we are set for the formal launch of the CN Movement on Wednesday in
Abuja.

“Our membership is open to all Nigerian citizens of 18
years and above. It is a common platform to rescue this nation from its
challenges.

“Shortly after the launch, we will have interim
officers and we will immediately start meeting with people and groups of
like minds nationwide on the way forward for this country. We will
traverse the length and breadth of this country to ‘change the change’
at hand.”

Responding to a question, the source added: “So far, we
have about 10 governors on our side, a former National Security
Adviser, some ex-governors(military and civilian), retired Generals,
ex-ministers, Senators, members of the House of Representatives, and
some civil society organisations.

“Others already collaborating
with the CN include a former National Security Adviser, some
ex-governors like Rabiu Musa Kwankwaso, Donald Duke and Sule Lamido, a
former Minister of Information, Prof. Jerry Gana and other like minds.
We will release the list in the fullness of time.”

The source also
said: “Ex-Governor Olagunsoye Oyinlola will coordinate. All things being
equal, he might resign his appointment as the chairman of NIMC on
Wednesday to face the new task ahead.”

This Young Nigerian Artist’s Works Are So Realistic

How Your Pain Can Turn To Praise