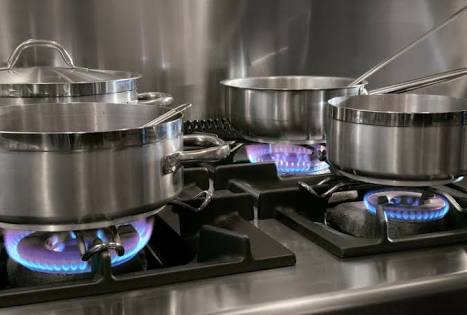 An expert in burns treatment, Dr Ayodele Iyun, has said domestic burns
cases from the explosion of gas cylinders brought to the University
College Hospital (UCH), Ibadan has increased by 50 percent in the last
two years.

Dr Iyun, the consultant in charge of the hospital’s burns unit, said the
upsurge in domestic burns cases was linked to people shifting from the
use of kerosene to cooking gas.

He declared that in the last two
weeks, two women with over 65 percent burns had been admitted to the
hospital due to gas explosion, adding that “almost every month, we now
have at least two major burns cases.”


The expert declared that over 90 percent of the
cases were due to camping gas cylinders exploding, noting that often
only severe burn cases come to the hospital for treatment, he declared
that this upsurge in domestic burns due to gas explosion had also been
noticed in other burn units, especially in the South Western Nigeria.

“Occasionally,
we have cases of industrial gas explosion, like the case that occurred
in Eastern Nigeria, but now we are having terrible incidences of burns
from domestic cooking gas crippling into the South West.

“I can’t
say the exact figure, but in terms of burns due to gas explosion, the
increase is almost 50 per cent, especially domestic gas explosion. In
fact, about 90 per cent of them are camp gas cylinder explosions,” he
declared.

He added that the cases were more in women than men, declaring “so, we now have fewer cases of kerosene burns, it is now gas.”


Dr Iyun, stressing the need to prevent this incidence because the
outcome of massive burns was not too good, advised that Nigerians should
desist from keeping gas cylinders in their kitchens.

According
to him, “what is now important is education; people need to be aware of
the dangers of using cooking gas. They need to know how to use it
properly.

“People need to take precautionary measures,
especially when changing cylinders and also to ensure that before they
ignite, they make sure that there is no gas leaks.”

Wondering Why You Wake up In The night? Here Are 6 Reasons