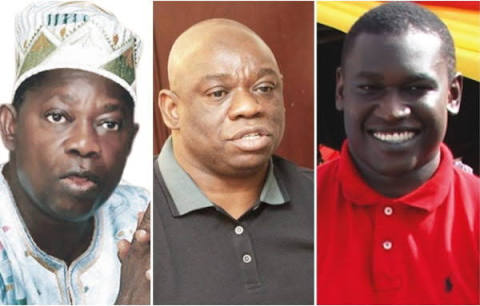 Abdul Mumuni, the youngest son of the acclaimed winner of the June 12,
1993 presidential election, late Chief MKO Abiola, on Friday accused his
elder brothers of leaving their father’s landed properties and
businesses to rot away.

He accused them, especially Kola, of playing god with the estate and other properties of the late business mogul.

He
said: “I want my brothers, Kola, Deji, and Agboola to stop playing god
with our father’s properties and abandoned projects and investments,”
Mumuni said in a statement.

“I, my brothers and sisters totaling
40 children of Abiola are not fighting with them. We don’t have a bone
to pick with them. But we need to step out of the past and of our
father’s shadow.

“Kola, Deji and Agboola have been peddling lies
in the media about my efforts to bring about changes to the dwindling
fortunes of the Abiola family.

“I am ashamed just like my other
brothers and sister to see that after MKO Abiola’s death, many of his
legacies appear to be in shambles. No, it shouldn’t be like that. That
is not what MKO Abiola stood for while he was alive.”

He appealed
to Nigerians to “prevail on Kola and his cohorts to stop using the
police to harass me or those who are working with me to restore the lost
glory of the Abiola family.”

Abdul Mumini said efforts to renovate his late father’s properties were not self-driven.

How To Stay Healthy When You Sit All The Time