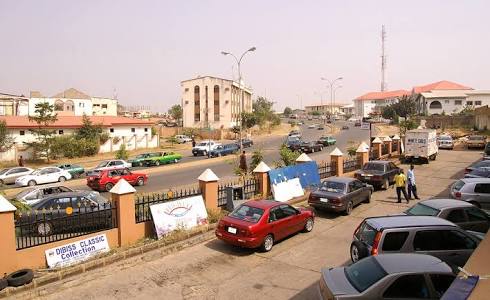 A software engineer, Sidney Osahon, who was about being evicted by his
landlady, has emerged the winner of the N20 million ‘Give n Take’
national lottery jackpot in Abuja.

The 35-year-old native of Edo state explained that he was
contemplating selling his mother’s landed property in the Federal
Capital Territory, when he received information last Sunday that he is
now N20m richer.

Speaking to journalists on
Thursday in Abuja, Osahon said he has been playing the lottery for
sometime and seeing others winning, noting that his win came at the time
the landlady was threatening to evict him.

He said, “I was owing my landlady a few months’ rents and she has been threatening to evict me. In
fact, the day I received the news of my win, she had sent me an SMS in
the morning that she was coming for a showdown with me over the arrears
of rent.

“My mother was saying maybe we should sell her
parcel of land in Abuja and use part of the proceed to settle the rent,
but I felt that was not a progressive thing to do. So I prayed to God
that am tired of paying rent and that I would like to move into my own
house, and God did it for me, I am now a landlord,” he said jubilantly.

Osahon
added that his mother did not believe him when he informed her that he
is now a millionaire, noting that she almost fainted in hearing the good
news.

“When I told her I have got the money to build my house, she didn’t believe it; She said, ‘I would faint’,” he explained.

The
Managing Director, Give ‘n’ Take lottery, Jolly Enabulele, disclosed
that Osahon played the lottery with N100, noting that his win from
available records, is the biggest lottery prize in the history of
lottery in the country.

He further explained that Osahon won the
N20m jackpot because the first winner failed to claim the prize, adding
that the money was rolled over to another week and Osahon won the star
prize.

Enabulele said, “It will interest you to know that a
ticket on December 24, 2017 emerged the first ticket to win the N20m
bonanza, but failed to come forward within seven days to claim his
winnings.

“That failure and in keeping with our avowed promise to
ensure that someone wins the national jackpot prize, we held a second
electronic draw after the weekly jackpot draw, which then saw Osahon
joining the millionaires’ club.”

The organizers stated that the
jackpot winner would be presented his cheque on Sunday by the National
Lottery Regulatory Commission officials.