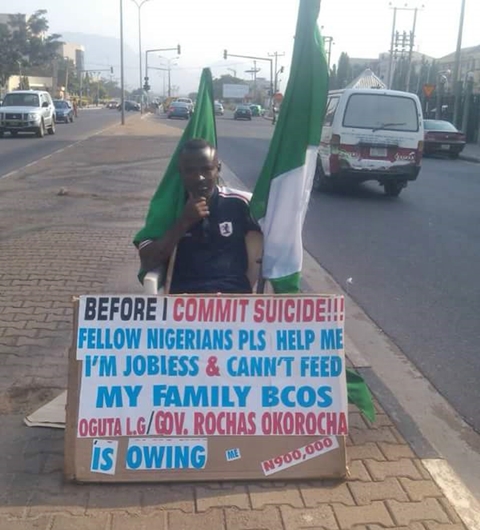 How come something like this is happening in a state where they have a Commissioner for Happiness?

A Nigerian who claims to be a staff of Oguta Local Government Area
of Imo State has taken to the street to cry out to the general public
and threatened to commit suicide over untold hardship he and his family
are experiencing.

According to the man, he is allegedly being owed up to N900,000 in salary by the Governor Rochas Okorocha-led state government.

The
identity of the man or whether the man was rescued from the street
during the protest were not ascertained as at the time of this report.