FIRS Makes Over N4Trillion For Nigeria In 2017 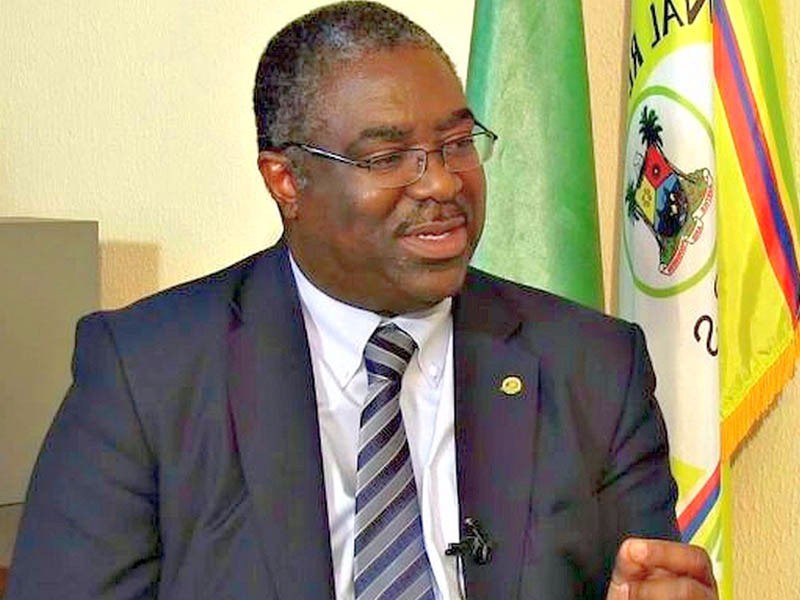 Looks like more Nigerians are finally getting used to paying their taxes
and doing same. The Federal Inland Revenue Service ( FIRS ) said it
collected a total of N4.03 trillion in 2017.

This figure represents 82.38% of government set target of N4.89 trillion for the last year.

A
statement signed by Wahab Gbadamosi, Head, Communications and Servicom
Department of the Service said “FIRS’ collection of N4.03 trillion is
N720 billion (22%) more than the 2016 total collection figure of N3.305
trillion. The 2017 collection performance exceeded the 2016 collection
performance of 78.75%.”

Executive Chairman of FIRS, Mr. Tunde
Fowler was quoted to have said “with the support of the National
Assembly, and that of other stakeholders, FIRS was able to collect over
N4 trillion in 2017. This is an increase of over 20 per cent relative to
our collection in 2016. We are hopeful that going forward, FIRS will be
able to fund this country through taxation.

Going back memory
lane, the FIRS Chairman recalled that when he was the Lagos Internal
Revenue Service, LIRS Executive Chairman, the Oba of Lagos played an
important role in tax collection. Apart from supporting LIRS morally,
Fowler recalled that Oba Akiolu mandated the White cap chiefs to
accompany LIRS officials to key markets and most parts of Lagos to
sensitise the people on tax collection.

This trend he said had adverse effect
on the ability of oil dependent countries to meet their development
objectives. “For us in Nigeria, the decline in receipts from oil revenue
and the concomitant decline in accruals to States from the Federation
Account has placed many States in a financial quandary to the point
where basic obligations such as the payment of employee wages has become
a perennial challenge. This is not the first time Nigeria will
experience economic slow-down as a result of fluctuations in global oil
prices.”

Fowler noted that the FIRS under his watch “hopes to
ensure that we act differently this time around by looking beyond oil as
the mainstay of our economy. By putting our hands together in
contributing to our set goal, I am confident that we will surpass our
past results and we’ll be well on our way to the future we hope to
achieve.”

Fowler noted that though collection increased by 20 per
cent relative to 2016, the Cost of Collection went down to 2.49 per
cent in 2017 relative to the 2.60 per cent cost of collection in 2016
and 2.62 in 2015. This, the FIRS Chairman noted, attests to the
growing efficiency in collection by the Service and to which the embrace
of Information, Communication and Technology (ICT) tools contributed.

On
his part, the Oba of Lagos noted that 60 or 70 per cent of FIRS
collection comes from Lagos, to this end he said he will be sending a
letter to Senate President Bukola Saraki to draw his attention to the
1851 treaty, which the colonial government signed with Oba Akintoye:
that three per cent of all taxes collected in Lagos will go to the Oba,
while 2 per cent of all exports will go to Oba Akintoye. “While I am not
asking that this be paid to me now, it could be paid to the Lagos State
Government”.

The Oba who said he lives by example stated that he pays as much as N350 million in tax every year.

Nigeria
he said now needs good governance that will deliver development to the
people. “FIRS has collected N4 trillion and they will collect more in
the futures. The legacy that Tunde Fowler has made in Lagos is still
felt but you have more work to do,

Lagos does not discriminate against anybody just as the state will not accept any injustice from any quarters.”

He
enjoined Senators and members of the House of Reps to dialogue with and
give, President Muhammadu Buhari a chance as he loves Nigeria. He also
called on the federal parliamentarians to support the anti-graft war by
confirming the Economic and Financial Commission Chairman, Ibrahim Magu.
Nigeria, the monarch assured will not break.

An
analysis of the collection performance indicates that non-oil accounted
for 63% while oil tax accounted for 38% of the total collection. Stamp
Duty recorded the most increase in performance with 94%.

The
achievements recorded by the FIRS from the administrative and
operational initiatives introduced by the Executive Chairman, Tunde
Fowler in 2015 and 2016 were designed to reposition the agency.

Wondering Why You Wake up In The night? Here Are 6 Reasons