History was made on Wednesday, January 17, as two female officers were
winged by the Nigerian Air Force after embarking on a one-year training
programme in Westline Aviation in South Africa, where they qualified as
pilots.

They are Flying Officers OS Ijelu and GC
Nwaogwgwu. They were winged alongside 9 other male flying officers in a
ceremony which a former Chief of Defence Staff, Air Chief Marshal Paul
Dike (rtd) was the guest of honour. 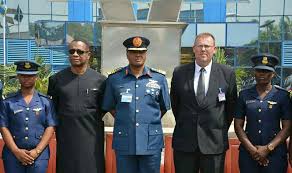 Congrats to the ladies and the guys.