Why Nigeria’s Economy Is Still Vulnerable Despite Exiting Recession – IMF 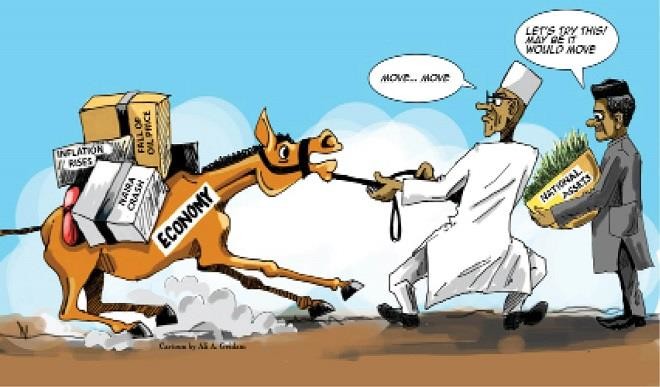 The International Monetary Fund (IMF) said on Friday that the Nigerian
economy was still vulnerable despite the country exiting recession.

The IMF in a statement issued by its Media and
Press Officer, Raphael Ranspach, welcomed the Federal Government’s
actions to improve the power sector and business environment under the
Economic Recovery and Growth Plan (EGRP).

The
IMF said its staff team led by the Senior Resident Representative and
Mission Chief for Nigeria, Amine Mati, visited the country from December
6 to 20 to conduct the 2018 Article IV consultation, which led to this
report.

The statement said: “Overall growth is slowly picking up
but recovery remains challenging. Economic activity expanded by 1.4 per
cent year-on-year in the third quarter of 2017 – the second consecutive
quarter of positive growth after five quarters of recession — driven by
recovering oil production and agriculture.

“However, growth in
the non-oil-non-agricultural sector (representing about 65 per cent of
the economy) contracted in the first three quarters of 2017 relative to
the same period last year.

“Difficulties in accessing financing and high inflation continued to weigh on companies’ performance and consumer demand.

“Headline
inflation declined to 15.9 per cent by end-November, from 18.5 per cent
at end of 2016, but remains sticky despite tight liquidity conditions.

4 Ways to Prevent Food From Going to Waste