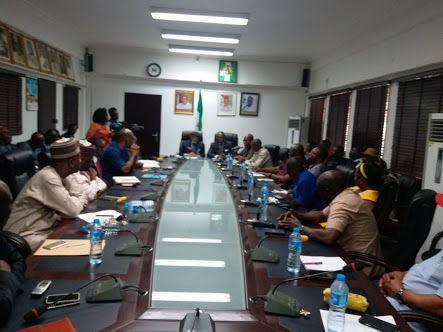 The Petroleum and Natural Gas staff association of Nigeria (PENGASSAN)
has called off its nationwide strike following the signing of agreements
with the ministry of labour, Neconde Energy and the ministry of state
for petroleum resources.

PENGASSAN gave reasons for the strike which include anti-labour
practices against some of its members by Indigenous Oil firms. The
management of Neconde Energy Limited represented by its Medical Director
and legal consultants offered a letter of recall to the sacked
employees of the company.

Below is a photo showing Chris Ngige, Ibe Kachikwu, and representatives
of PENGASSAN and Neconde Energy signing agreements at a meeting; 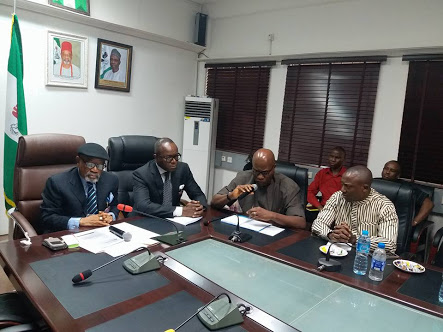 The management also agreed to allow the union to exist in the company.
According to Pengassan National PRO, Fortune Obi, Minister of Labour
Chris Ngige, agreed to endeavour to resolve anti-union posture by other
indigenous companies and marginal field operators.

Emotional Bride Breaks Down In Tears In Church At Her Wedding