Uber To Bring Flying Taxis To Los Angeles By 2020

Uber predicts Angelenos will be jetting above the city at 200 miles per hour for the cost of an uberX trip of the same distance: 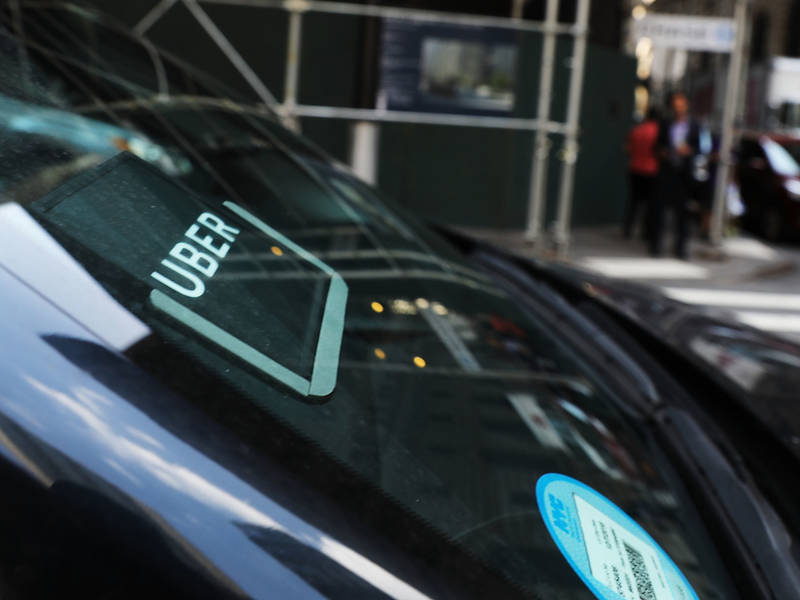 LOS ANGELES, CA — Uber is betting it can solve Los Angeles’ infamous gridlock with flying cars by 2020. The company announced its ambitions plans for an airborne taxi service Tuesday, predicting tens of thousands of Angelenos would be jetting across the city by the 2028 Olympics.
Los Angeles and Dallas are the two cities where Uber plans to launch its ride-hailing taxi project, Uber Elevat. Uber also inked a deal announced Wednesday between Uber and NASA, formalizing the project.
The agreement is the latest development in Uber’s “on demand aviation” plans for fleets of flying taxis, which the company expects to become a part of daily life for people who want to get from here to there in a jiffy. The four-passenger flying taxis will take off and land vertically and travel at a speed of about 200 miles per hour, Uber officials said.
“We are bringing uberAIR to Los Angeles in no small part because Mayor (Eric) Garcetti has embraced technology and innovation, making L.A. a hub for the future,” Uber chief product officer Jeff Holden said.
“In this case, technology will allow L.A. residents to literally fly over the city’s historically bad traffic, giving them time back to use in far more productive ways, whether more leisure time with friends and family or more time to work,” he said. “At scale, we expect uberAIR will perform tens of thousands of flights each day across the city — at those levels, all the time savings will have a noticeable positive impact on the region’s economy.”
The company envisions a network of small, electric aircraft in numerous cities worldwide to enable four-person flights. The aircraft would differ from helicopters in that they would be quieter, safer, more affordable and more environmentally friendly, according to the company.
Uber contends its analysis estimates that an all-electric, 200 mph ride across the skies of Los Angeles will be price-competitive with an uberX trip of the same distance.
A special effects video the company released on Twitter showed how the technology would work, portraying a woman hailing an uberAIR and then riding an elevator to the roof of a tall building to catch her flying ride.
“Los Angeles has always been a place where innovators come to build new ideas that can change how we live our lives. L.A. is the perfect testing ground for new technology, and I look forward to seeing it grow in the coming years,” Garcetti said.
Alex Comisar, Garcetti’s press secretary, said discussions with the company operating the technology in the city are in the preliminary stages.
“We are in the earliest stages of learning about this technology and how it might impact our communities, and look forward to continuing the discussion in the coming months and years,” he said.
Uber also announced it has signed an agreement with Sandstone Properties to develop skyport infrastructure to serve as takeoff and landing hubs for uberAIR flights at Sandstone’s 20 locations in the greater L.A. area.
A ride on uberAIR from Los Angeles International Airport to Staples Center in downtown Los Angeles would take 27 minutes, compared to the typical 80 minutes by car, according to Uber. The company also announced it has signed an agreement with NASA to develop a specialized air traffic control system for the network.
Tags: INews
Previous Post

10 Richest Kids In The World