Lady Who Survived Terrible Burn, Told She Could Never Have Children… is now a mum of 3 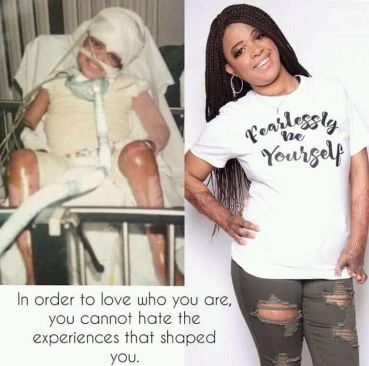 “At the age of 4, I was in a house fire. I remember being trapped by a
room full of fire than being pull out of the window by my big toe. I was
in the house with my mom and 3 brothers… two brothers (age 2 and 6) did
not make it out. I was sent to one hospital where they weren’t able to
do any thing for me, then flown to another.

By the time I made it there, my heart had stopped.

My mother had been told her 3rd baby died. After a few minutes, I was
given another chance at life. And I don’t take it for granted at all. I
was burned over 60% of my body, lost my 4 fingers, lost my hair that
isn’t able to grow back again.

Those were the things that I lost…but I gained so much more. I was given
life. I am married. In this photo, I am pregnant with my 3rd child. I
am blessed. No matter what you are going through in life know that you
have been picked personally to live the life you are living. Through
your bad days and through the good, you are here!!!”

“28-year-old Kanisha Anthony is a burn survivor, and she was told she’d
never bare children, but here she is, a mother of three kids.

Kanisha has been through more trauma than most women her age, yet she has a positive outlook on life in spite of them.

At age 4, she was trapped in a house fire at the age of 4. Two of her
brothers died in the fire while Kanisha, her mother, and one of her
brothers survived miraculously.

It’s a surprise she survived because her heart stopped beating for about 4 minutes immediately following the fire incident.

She lost 4 of her fingers, an ear, and all of her hair in the fire. She
also had burns on over 60% of her body, including on her stomach and she
was told she could never have children. But as God would have it, she
conceived.

She was then told that the burnt skin of her tummy could not stretch to
accommodate children. She went ahead to carry the pregnancy to term
though she had to live with daily excruciating pain as her tummy
stretched.

Kanisha had the courage to go through this pain, not once, but three
times. Now, she inspires others to look beyond their scars and learn to
live without fear of what people will think. She will soon release her
new book sharing her story with the world.” 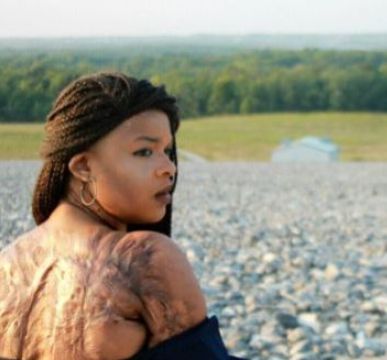 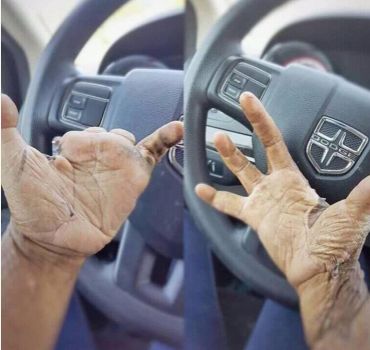 The Mugabes’ coup will be resisted: War Veteran