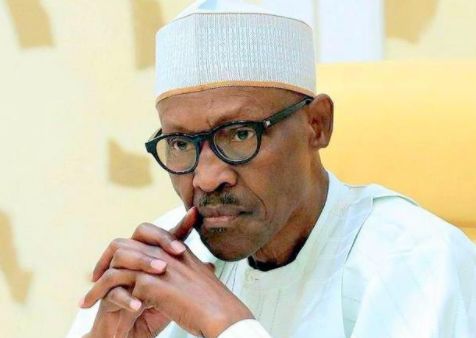 An APC group known as Southern Mandate of Nigeria (SMN), has said
Nigerians will stone them at campaign grounds, if President Muhammadu
Buhari is presented as their presidential candidate.

National Coordinator of the group, Comrade Francis Ikonomwan, in a
statement made available to journalists in Benin, Edo State, described
the call by members of Buhari Support Group on him to contest the 2019
election, as political sycophancy.

He described members of the Buhari Support Group as a “bunch of people
who do not mean well for our party, APC, and Nigerians at large, but
rather, they represent their selfish interest.”

Comrade Ikonomwan who noted that President Buhari has failed to deliver
on his campaign promises and so Nigerians can no longer entrust him with
the leadership of the country, urged him to ignore such calls, adding
that it is not i the interest of the nation.

“We are saddened that these people are not sensitive to the plight of
Nigerians. The fact remains that Nigerians are not happy with President
Muhammadu Buhari and our party, the APC.


“President Muhammadu Buhari has not been able to deliver on his campaign
promises. What has this administration to campaign with in every sector
of the economy or is it the fight against corruption that has been
swept under the carpet?

“Even the political leaders and the people who fought for his emergence a
President today have been abandoned and are all lamenting today.

“There is a total disconnect between the people and the President
Buhari-led administration. Poverty and Hunger is now the order of the
day in Nigeria as we speak. It is getting obvious by the day that
Nigerians can no longer trust President Muhammadu Buhari with the
leadership of this country.


“If APC fields Muhammadu Buhari as its presidential candidate in 2019,
we are afraid that Nigerians may stone us at campaign grounds. We may
just end up giving the opposition party the presidency in 2019 on a
platter of gold.

“However, we wish to call on President Muhammadu Buhari to ignore such call as it is not in the interest of Nigerians.


President Muhammadu Buhari’s priority now should be how to use the
remainin part of his administration to deliver on our campaign promises
and do the needful by not indicating interest to contest in 2019,” the
statement said.
Tags: Socio-Economic Issues
ShareTweetSendShareSend
Previous Post