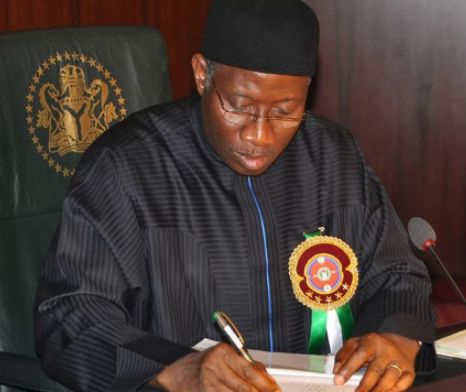 Nigeria has to grow the credibility of its democracy to a stage where we
will no longer have to wait for court judgments to conclude our
elections, former President Goodluck Jonathan has said.

He said, “I always say that I reformed the democratic process as
President in order to consolidate democracy in Nigeria and the
sub-region. I conceded defeat without a fight because I wanted to set a
standard for our democracy, going forward.

“My aim then was to change the narrative and prove that election-related
litigations should no longer define Nigeria’s democracy. People must
not always go to court and obtain judgments before elections in Nigeria
are declared conclusive.

“We don’t get to hear about such court cases in mature democracies. I
wanted us to get to that point in our democratic experience. I thought
that it won’t be out of place if we get to that stage where those who
lost elections will be able to congratulate those who won.”

Jonathan said this at the sixth edition of African Ambassadors
Interactive Forum and Dinner, organised by the African Third Sector
Resource in Abuja, on Thursday, where he was presented with the ‘African
Leadership & Achievement Award.’

Opening up further on the real reason for the decision he took, the
Jonathan said that his commitment to the protection of lives and
investments of Nigerians, their assets and the economy made him concede
defeat and avert a looming crisis.

“I was convinced that the implications for peace and the economy of the
sub-region and the rest of the continent, couldn’t have spelled anything
else but doom.”

US To Supply Electricity To Nigeria – US Energy Secretary

Nigeria Set To Send Someone To Moon