Children of Woman Who Hired Assassin to Kill Husband Beg: “Forgive Our Mum” 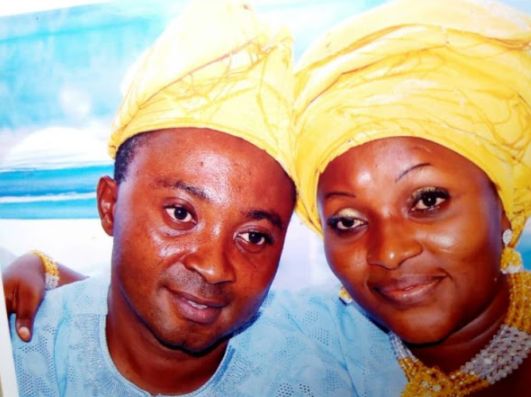 The three children of Mrs. Omotayo Salawudeen – who allegedly killed her husband with an
hired accomplice – Barakat, Usman and Fatimoh, have cried out to Government and
all stakeholders on the case of their mother for a mild punishment as life has
not been easy since the demise of their father and their mother’s subsequent
arrest.

It would be recalled that Mrs Omotayo had confessed to have
killed her husband with the aid of her accomplice, Oladapo Dolapo who was hired
to help in killing the victim.

The 39 year-old Omotayo had on Monday,
confessed that she had s*xual intercourse with her late husband before killing
him on May 12, this year.

She made the disclosure when
she was interrogated by journalists during the police parade of criminals in the
Osun State police headquarters, Osogbo on Monday, July 17,
2017.

According to her, the late husband was a good person who always
took care of her needs and that of her children.

She said “we’ve been married for 17 years, we’re blessed with three
children aged 18, 15 and 12.“He didn’t not
offend me, I was just mad at him. I choked him with the pillow, after having s*x
and Dolapo stabbed him to death with knife.

“I regret my action. I
didn’t know it would feel this way.”

Omotayo, who did not not look
remourseful disclosed that, “I hired Oladapo Dolapo to help me kill my husband
at my own desires.”

The suspected killer, Oladapo Dolapo (24), who was
engaged by Omotayo said he personally stabbed the late Salawudeen while Omotayo
covered his head with pillow until he died.

He said the suspect (wife)
contracted him to punish her husband by killing him, with a promise to give him
whatever he requested, if the operation is successful.

Dolapo disclosed
that the deceased’s wife, Omotayo enticed him to commit the crime by promising
him a befitting accommodation and other largesse.

The children of the slain husband urged the state government to
temper justice with mercy on their mother, Mrs Omotayo Salawudeen, saying life
has not been easy for them since the death of their father. 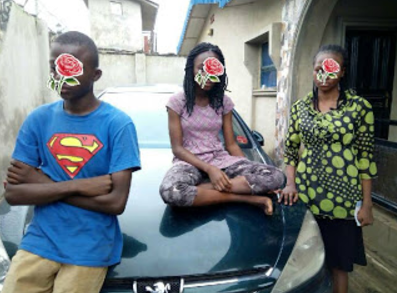 The children, Barakat Salawudeen (18), Usman Salawudeen (15) and Fatimoh
(12) appealed to the State government to pardon their mother whom they described
as the only person that can aid them to make their dreams come to
pass.

Since the Osun State commissioner of police paraded the 39 year old
wife, members of the public especially those living in the Halleluyah Estate,
Osogbo, have been condemning the act which they say has defamed
womanhood.

Buhari and APC Governors In London