Christmas miracle – Real story and God will do your own!!!

by Tony Orji
in Uncategorized
Reading Time: 11min read
0
Share on FacebookShare on TwitterShare on Whatsapp 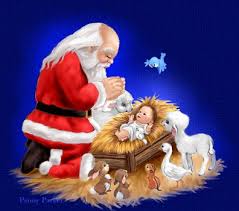 This is a real Christmas miracle
story, happened in December 1997 in Wisconsin, USA.
A little girl named Sarah had
leukemia and was not expected to live to see Christmas. Her brother and
grandmother went to the mall to ask Mark Lenonard who was a professional Santa
Claus to visit the hospital to give Sarah the gift of hope through
encouragement and prayer.
A year later Sarah surprised Santa
by showing up at the mall where he worked.
Here goes the story.

The mouse trap— Learn to be your brother’s keeper