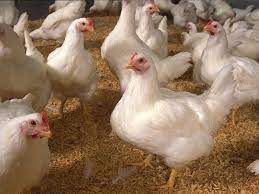 A 62-year-old engineer, Lateef Agbaje on Wednesday appeared in a Grade I Area Court in Kubwa, Abuja, for allegedly killing his landlady’s 19 chickens.

The police charged Agbaje, who resides in Dutse, Abuja with mischief .

The prosecution counsel, John Okpa told the court that the complainant, Mrs Ukanwa Goodness, reported the matter at the Dutse Alhaji Police Station sometime on May 17.

Okpa said that the complainant, who is the defendant’s landlady, discovered that 19 of her chickens, which she rears in her compound, worth N87, 000 were killed.

He said the chickens died as a result of a rat poison that the defendant put inside the compound.

The police further said during police investigations, the defendant stated that he used Indocin capsules to kill the rats in his apartment.

The offence, he said, contravened the provisions of section 329 of the Penal Code.

The defendant, however, pleaded not guilty.

The Judge, Mr Muhammad Adamu, admitted the defendant to bail in the sum of N100, 000 with one reasonable surety in like sum.

Adamu ordered that the surety must reside within the court’s jurisdiction and present means of identification.

He adjourned the case until July 22 for hearing.

Interesting !! Why do men get so, so angry when they’re cheated on?