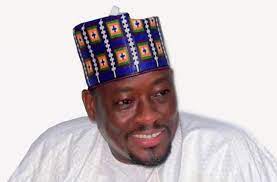 Abdulkadir Rahis who represents Maiduguri constituency in the federal House of Representatives, has fired one of his aides, Bukar Tanda, who took the time to eulogise terrorist Boko Haram leader Abubakar Shekau on Facebook.

There are unverified reports that Shekau is now dead.

These reports say Shekau blew himself up to prevent being killed by rival terrorist faction ISWAP.

After the rumoured death of Shekau, Tanda took to Facebook to say Shekau “lived a life of a hero and died a true hero.

“I admire and appreciate his courage to terminate his life. He did it in such a way that not even traces of his corpse will be found.”

Before long, Rep Rahis, who hails from a northeastern state that has borne the brunt of most of Shekau’s attacks, killings and humanitarian crisis, sacked Tanda.

I wish to formally write and notify you of the termination of your appointment as my legislative aide, forthwith,” Rahis wrote in a letter he personally signed.

“Your actions, utterances and opinion of recent are at variance with my interest, that of my constituency and our great party, the APC.

“The letter also serve as a disclaimer to any action or position you took or wish to take, on any matter that may have the remotest connection with me as a person or my office,” Rep Rahis added.

Shekau and his Boko Haram commenced their attacks against Nigeria in 2009.

Boko Haram’s bombing and killing campaign has led to the deaths of over 50,000 people, abduction of hundreds and the displacement of millions from their homes in Nigeria’s restive northern region.

Breaking! Gov Ortom has asked his people to pick up guns and knives against killer herdsmen

4 home remedies to treat wrinkles around the mouth