by Tony Orji
in Assignment And Quiz
Reading Time: 1 min read
A A
15
Share on FacebookShare on TwitterShare on Whatsapp 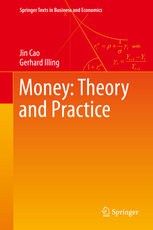 The formulation and implementation of Monetary Policy in the country by the Central Bank is expected to align with the theoretical postulations of the Monetarist. However, on many occasions this is not always the case. Do you agree? If yes, why? If no why? Discuss extensively.