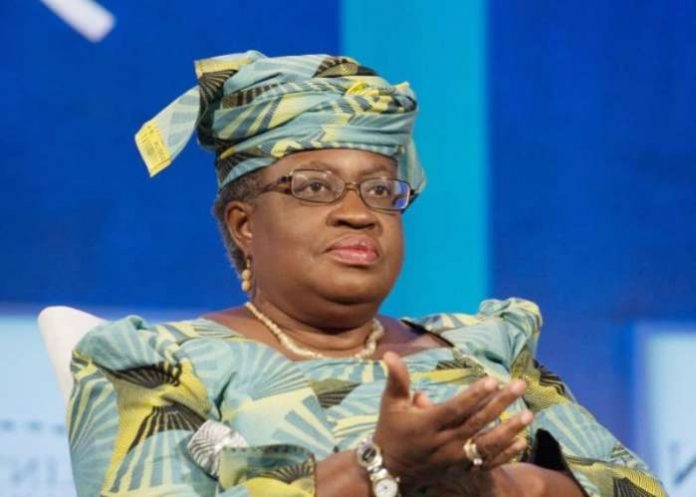 Nigeria’s former finance minister, Dr Ngozi Okonjo-Iweala was named by the World Health Organisation (WHO) as its Special Envoy for the newly inaugurated Access to COVID-19 Tools (ACT) Accelerator.

Newsmen report that she is to serve alongside British business executive, Sir Andrew Witty, in the same capacity, to mobilise international commitment to the initiative.

Director-General of the organisation, Dr. Tedros Ghebreyesus, made the announcement during the launch of the ACT Accelerator — via webinar from Geneva.

“I would especially like to thank Sir Andrew Witty and Dr. Ngozi Okonjo-Iweala for agreeing to act as Special Envoys for the ACT Accelerator,” Ghebreyesus said in his remarks.

The initiative is an international collaboration aimed at accelerating the development, production, and equitable distribution of COVID-18 drugs, tests kits, and vaccines around the world.

This is the fourth international assignment given to Okonjo-Iweala in less than two months.

On March 7, President Cyril Ramaphosa of South Africa appointed her a member of the country’s Economic Advisory Council, which comprises indigenous and international economic experts.

The council advises the president and government on the development and implementation of economic policies toward advancing inclusive growth.

A month later on April 10, the Managing Director of the International Monetary Fund (IMF), Kristalina Georgieva, named Okonjo-Iweala a member of the fund’s External Advisory Group.

The group comprises prominent individuals from around the world, who will serve as Georgieva’s special advisers.

Okonjo-Iweala is one of the four Special Envoys the African Union (AU) appointed on April 12 to mobilise international support for its efforts toward addressing the coronavirus pandemic.

The AU special envoys are charged with soliciting the support of the G20, the European Union and other international financial institutions for the organisation’s response.

Okonjo-Iweala is an internationally respected economist and development expert, who has served as Managing Director of the World Bank, among other assignments.