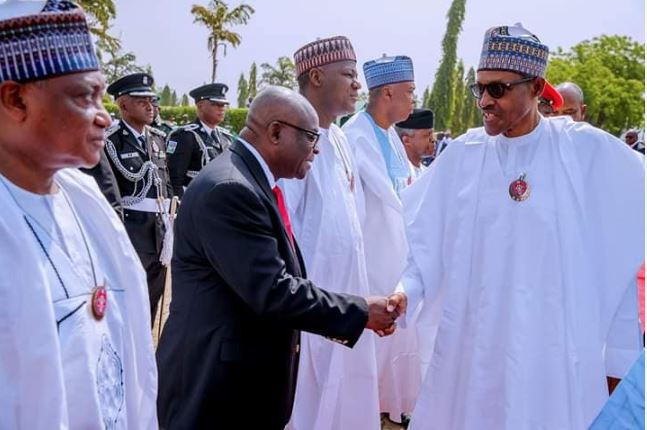 President Muhammadu Buhari and the Chief Justice of Nigeria, Walter
Onnoghen, were all smiles as they shook hands at the Armed Forces
Remembrance Day on Tuesday.

Buhari’s encounter with Onnoghen becomes significant following reports
from government sources that the President is unaware of the actions by
the anti-corruption agencies to try Onnoghen.

Special Adviser to the President on Political Matters, Senator Babafemi
Ojudu, also denied that his boss demanded the resignation of the CJN.

Onnoghen declined appearing in court on Monday, claiming that the Code
of Conduct Tribunal, CCT, has no right to try him over false assets
declaration charge by the Code of Conduct Bureau, CCB.