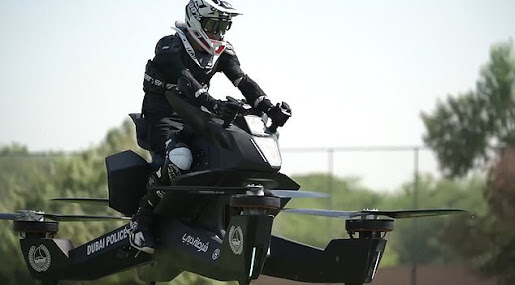 A year after California-based startup Hoversurf showcased its hoverbike
at tech expo GITEX in the white and green livery of the Dubai Police,
the company has returned with a new model and evidence its electric
vertical take-off and landing (eVTOL) vehicle might be, well, taking
off.

Making good on a deal signed in 2017, Hoversurf has now
gifted Dubai Police its first serial production unit of the S3 2019
Hoverbike and has begun training officers to fly it.

Brigadier Khalid Nasser Alrazooqi, general
director of Dubai Police’s artificial intelligence department, described
the eVTOL vehicle as a first responder unit used to access hard to
reach areas. He said he aims to have hoverbikes in action by 2020.

“Currently we have two crews already training (to pilot the hoverbike) and we’re increasing the number,” he told CNN.

Hoversurf chief operating officer Joseph Segura-Conn explained that
ideal candidates will be able to ride a motorcycle and have drone
operating experiences. 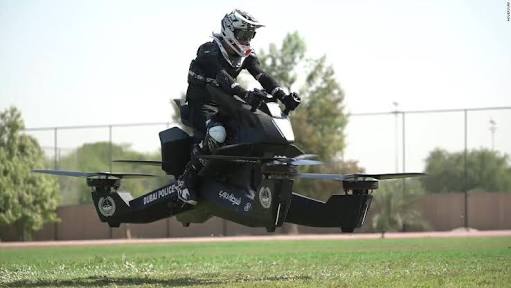 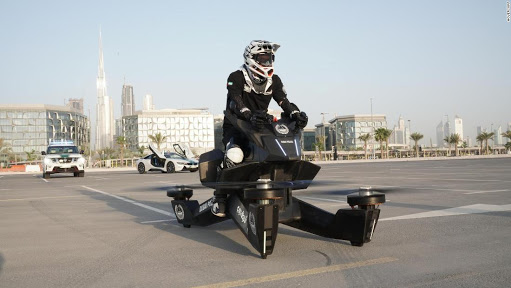 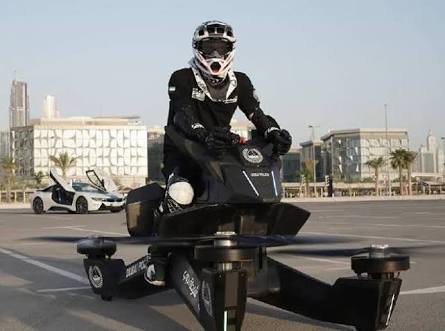 If you’re not a member of the force and have a spare $150,000, the
hoverbike could still be yours. Orders are open to civilians, but
Segura-Conn cautions that buyers are screened to ensure they can handle
the new tech.

In the US, the hoverbike has met Federal Aviation
Administration guidelines which mean you do not need a pilot’s license
to fly the vehicle.

Dino Melaye and Senator Adeleke All Smiles In The Senate