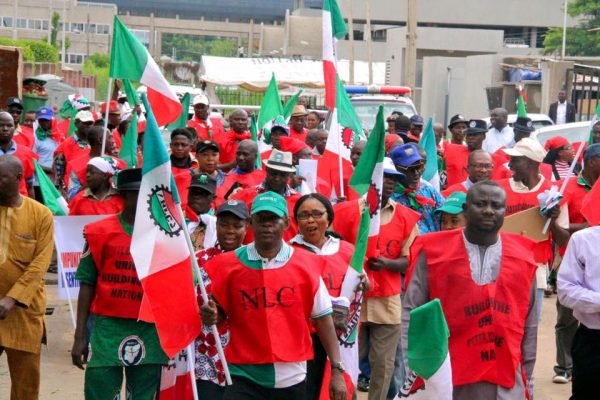 Many workers were excited yesterday over the coming N30,000 minimum
wage. “I am fully committed to having a new national Minimum Wage Act in
the very near future,” President Muhammadu Buhari said.

He said payment of the new wage might be
difficult at the beginning of implementation, but “if there is the will,
we are certain that there will be a way out.”

He
told reporters at the Villa after the Tripartite Committee submitted
its report to the President: “When the N18,000 was actually implemented
in 2011, most of the states emptied their treasury. They had
difficulty.”

Lagos Chamber of Commerce and Industry
Director-General Muda Yusuf said although the private sector was paying
above the current minimum wage, “there may be different challenges for
the SMEs as they may adopt different models for engagement. Rather than
keep all the staff, they may rationalise them by inviting only those
that they need at a particular time. The big corporations have nothing
to worry about as they are already paying the minimum wage.”

He
praised the government for working successfully with the private sector
and labour to arrive at an acceptable figure and averting a strike.

Workers were jubilating over the new wage. In Kano, Ibadan and Abakaliki, they were delighted at the approval of the new pay.

A
cross section of the workers who spoke with the News Agency of Nigeria
(NAN) in Ibadan said the successful meeting of the tripartite committee
was appreciated.

Mr Peter Ojelakin, of the National Population
Commission (NPC) said a good welfare package was the wish of every civil
servant, adding that a dedicated worker would not have interest in
embarking on a strike.

“So, the suspension of the strike that supposed to begin today is a good development,” he said.

Mr
Rasheed Abdulwahab was happy over the agreement labour reached with the
government but noted that increase in wages, might lead to inflation, a
development he said called for an improved economy.

He, however,
called on workers to justify the salary increase by putting in their
best to ensure the desired improvement in the social and economic
development of the country.

Mr Lekan Dojutelegan, a surveyor at
the Ministry of Works, Power and Housing, hailed the government for
shifting ground on its earlier proposed N24, 000.

He urged civil
servants to be more diligent and committed to their duties, saying that
optimum performance would enable the government to pay the new minimum
wage with ease.

Kano State NLC Chairman Kabiru Ado Minjibir,
praised the national leaderships of NLC, TUC and ULC, “for standing firm
on the decision of the Central Working Committee and their resilience
to protect the interest of Nigerian workers, especially at this trying
period.”