NYSC: Those Behind My Disqualification Are Cowards –Shittu 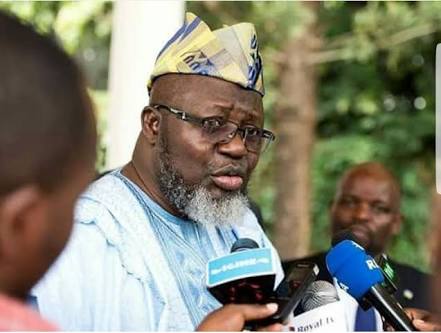 The Minister of Communication, Adebayo Shittu, said some cowards
orchestrated the plot to disqualify him from the governorship primary of
the All Progressives Congress which took place at the Lekan Salami
Sports Stadium on Sunday.

In a statement signed by the minister, he alleged that the

National Working Committee of the party was wrongly advised to
disqualify him for not possessing the National Youth Service Corps
certificate, saying some of his political enemies who were seeking new
elective positions in the state also did not serve or possess the NYSC
certificate.

He said, “It is no longer news that I was
purportedly disqualified from participating in the Sunday’s governorship
primary of the APC in Oyo State on the baseless allegation of not
possessing NYSC certificate.

“I also received the news, like any
other person, with shock and disbelief having successfully gone through
the screening process by the party’s Gubernatorial Screening Committee.
The intent of the cowards behind the saga is becoming clearer by the
day.

“On the issue of NYSC, I had made my position known and
there’s no need to repeat myself but I wish to add that the position of
the Constitution of the Federal Republic of Nigeria, 1999 (as amended)
is unambiguous on the qualification for participating in governorship
election.

“I have forwarded an appeal for the NWC to review and
reconsider the decision not to clear me. It is my prayer and hope that
this appeal process would afford our leaders the rare opportunity to
salvage our party from the potentially destructive precipice into which
APC in Oyo State is being pushed by the political shenanigans of
Governor Ajimobi and his cohorts, many of whom have also never served in
the NYSC scheme but are also seeking new elective positions.”

What Is The Meaning Of This Life?