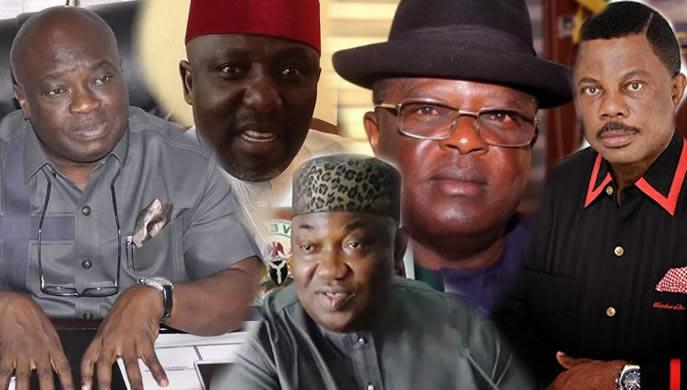 Governors of the South-East states rose from a meeting in Enugu on
Sunday evening with a decision that no land would be made available for
the establishment of cattle ranches in the zone.

The meeting, which held at the Enugu State Government House, had the
governors of Enugu (Ifeanyi Ugwuanyi), Ebonyi (Dave Umahi) in
attendance, while Abia and Anambra were represented by the deputy
governors.

The President General of Ohanaeze Ndigbo, Chief Nnia Nwodo, presented
the association’s ‘template on restructuring’ to the governors at the
meeting, which ended late on Sunday evening.

Addressing journalists after the parley, the Chairman of the South-East
Governors Forum, Umahi, disclosed that the governors had agreed that
ranching would not be allowed in the zone.

Umahi explained that the reports that some South-East states had made
land available for the establishment of ranches, based on a request by
the Federal Government, were not true.

The Ebonyi State Governor stressed that while the Federal Government had
not asked for any land for ranches, the governors would not accede to
such a request, should it be made.

“No land in the South-East has been donated for ranching. We have not
donated any land; we have not been asked to donate and we are not going
to donate.

The governors, in the same vein, condemned the recent killings in Plateau State, and demanded “justice for Plateau people.”

The governors, however, raised the alarm over what they described as
challenges posed by the movement of herdsmen in the South-East.

They agreed to meet with heads of federal security agencies over the development.