Interesting Things To Do When Life Doesn’t Go Your Way 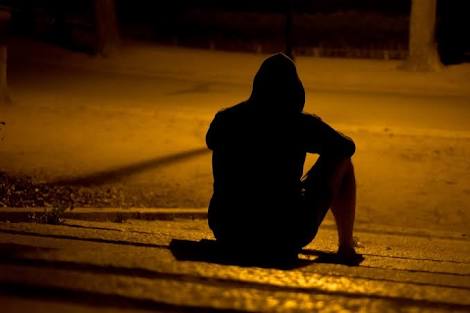 My life is not turning out at all like I thought it would. I dreamed of
marrying the right man, having a good job and a happy family. It hasn’t
worked out that way at all. My husband is not a Christian and is
antagonistic toward God and toward me. My teenage daughter is rebellious
and on drugs.

At least my job is holding steady. Mom and dad are getting older and
needing more care than I can supply. I’m not enjoying life much. This is not at all how I dreamed it would be.

Do you have any advice for me?

Dear Kattiana,
Once upon a time there were two missionaries named Paul and Silas. They
were like super heroes as they lived out their adventures sharing the
message of Jesus throughout Turkey.

I don’t imagine that life turned out like they imagined either. They
didn’t get “first best;” they had to make do with second. What they did
with second best changed the world.

The gospel of Jesus was roaring through Turkey when Paul decided it was
time to go to Bithynia, the largest, richest and most influential city
in all Turkey. This was Paul’s homeland. This was his country. This was
first best. He hardly could wait.

And then God said, “No. I want you in Macedonia.”

“When they came to the border of Mysia, they tried to enter Bithynia,
but the Spirit of Jesus would not allow them to.So they passed by Mysia
and went down to Troas. During the night Paul had a vision of a man of
Macedonia standing and begging him, ‘Come over to Macedonia and help
us.’ After Paul had seen the vision, we got ready at once to leave for
Macedonia, concluding that God had called us to preach the gospel to
them” (Acts 16:7-9).

We can imagine Paul on the sea shore near Troas looking across the
Aegean Sea toward Macedonia while thinking, “I really don’t want to go
to Macedonia. Bithynia is my first choice. I’ll just have to see what I
can do with second-best.”

In Macedonia Paul performed his most significant service with the leftovers of a broken plan.

Wanting Bithynia and getting Macedonia, how familiar is that? But
to take the leftovers of disappointed expectation and to make of it the
greatest opportunity that we ever have, how impressive is that!

James Whistler, the artist, started as a soldier at West Point, but
failed because he could not pass chemistry. “If silicone had been a
gas,” he used to say, “I could have been a major general.” But it
wasn’t. He failed soldiering, halfheartedly tried engineering and then
tried painting with remarkable success. Whistler’s life is an impressive
exhibition of handling lif’s second bests.

Every Christian experiences closed doors at one time or other – some
more than others: unexpected illness; lingering sickness; drawn out
recovery after surgery; depression that begins to set in; financial
reverse; divorce; loss of a job; an unexpected move; disappointments
at school or work; discouragements to come from the low times of life;
children begin to have deep personal problems; dealing with necessities
and other things that demand our attention while the mainstream of life
seems to be passing us by; a career where that’s boring you to tears.

Some of you are there right now. What happens next depends totally to
you. Let me give you some thoughts about handling life’s second bests:

1. Don’t panic, no one lives out their entire life with first best.
I believe that God has a life plan for us all. I call it, “Plan A”. But I
don’t know anyone who goes from birth to glory on Plan A, all the way.
Often, when we get off track God says, “Okay we can get back to Plan A.”
On the other hand, there are times when we make choices and behave
poorly and God has to say, “I’m sorry,” we can’t get back to Plan A from
here. We must jump to Plan B. Thank God he has a Plan B. But the truth
is that many of us are living on Plan X Triple Prime. Thank God for
grace.

2. Keep your faith intact. God has a plan for your life.
One of the best tests of a person’s faith is when we see him or her,
wanting Bithynia and getting Macedonia, and yet is still certain that
there’s a purpose for his or her life.

3. Don’t automatically assume that what seems to be second-best is really second-best. Satan also opens doors and provides options.

Abraham was called by God to go to Canaan. A famine was raging there.
When Abraham heard of the harvest in Egypt he said, “God has opened the
door in Egypt!” So he went to Egypt and got into all sorts of trouble.
He lied about Sarah; he hired Hagar who soon mothered Ishmael; and the
Arabs and Jews have been fighting it out ever since.

Later God scolded Abraham for running to Egypt. “I was going to feed you
supernaturally so that all of the people in Cana would know that your
God was the true God and you blew it.”

4. Don’t be in a hurry. Be patient. Wait for God’s clear word before deciding what second-best might really be.

Spend extra amounts of time in prayer and fasting to know God’s will for what’s next.

5) Do not despair; the Holy Spirit has plenty of power and all the grace you need for victory in any situation.

If you read the Bible carefully you’ll see that God never gives martyr’s
grace to a secretary. But let that secretary become a martyr and God
has plenty of martyr’s grace.

Finally, Second-best often begets a new dream and lurks nearby if we just take time to look for it.

Points For Deciding Where to Go on Vacation

Obasanjo, Other Ex-Generals Begin Moves To Sack Buhari In 2019