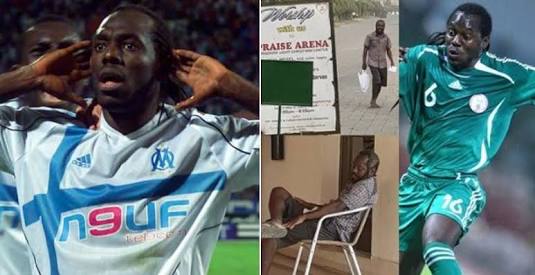 Former Super Eagles midfielder, Wilson Oruma, has finally broken his
silence on his sad experience with fraudsters who duped him close to
N2billion.

Recall that the ex-Super Eagles captain suffered a
relapse of the emotional disorder that bugged him 6 years ago after he
was defrauded by a clergyman and some fake oil businessmen.

According
to reports, Oruma was lured into a fake oil business in December 2012
in which he invested the sum of N1.2billion after retiring from
football.‎ He eventually lost the investment.

Speaking about it
for the first time with the Guardian, he confirmed the sad incident and
revealed some of his relations were involved in the deal that saw him
lose close to N2 billion.

“This is my first time of speaking with any journalist on this,” he said.

“It
is true that I lost all my savings to some people, who turned out to be
fraudsters. I have read several stories in the media since then. Those
stories did not emanate from me. They quoted different amount, which is
not correct. I lost close to N2 billion.”

“The most painful
aspect of it all was the fact that some of my relations were involved in
the deal. You can imagine losing such huge amount of money to people
you trusted. I pray for them to have a human heart and return my money,
even if it is part of it. That is my prayer every day, and I know that
one day, the hand of God will torch their hearts,” he added.

We
wonder why the EFCC can’t take up this case and help him recover some of
his money, since he had no money to even pursue the case himself.