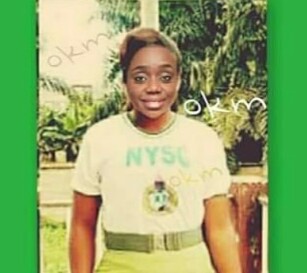 Yesterday a photo surfaced on the internet in which the Madam Kemi was
seen putting on NYSC uniform in a bid to prove allegations about the
NYSC scandal wrong, but many people believed that the picture is fake.

In FFK’s tweet, he took a major shade at the person trying to cover up
the NYSC scandal by photoshoping Kemi Adeosun in NYSC Uniform. He wrote;

“Whoever was stupid enough to conjure up this terrible photo-shopped
picture in an attempt to cover up Finance Minister Kemi Adeosun’s
shameless malfeasance has just compounded her problems. Not only must
she be removed as a Minister but she must also be prosecuted for
forgery.”

PDP Rejects Dino Melaye In Kogi, Says He’ll Be A Liability To Them