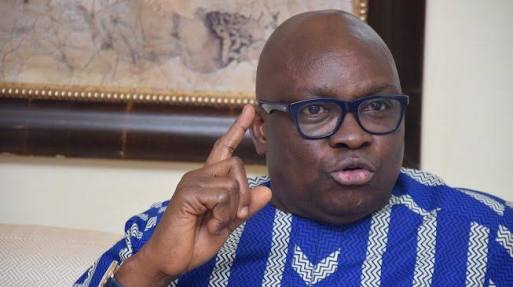 Governor Ayo Fayose of Ekiti State said that he is not in the league of some politicians challenging him.

He told his critics to shut up because they are not of the same class.

The
governor said that he is a big boy like Dr. Orji Uzor Kalu, former
governor of Abia State and Asiwaju Bola Tinubu whom he said they were
all governors at same time.

He stated this during the commissioning of new governor’s office.

“Tell
them to shut up, oshoko is talking. I’m not a small boy oo. I was a
governor in the days of Orji Kalu, governor Tinubu, all those big wigs
of today, we were governors at the same time. I’m a big boy oo,” Fayose
stressed.