How To Stop ‘Fighting’ and Start Enjoying Your Marriage 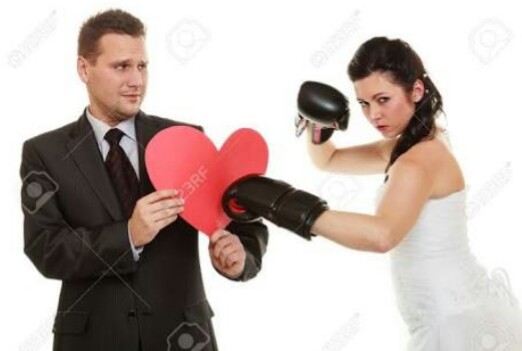 Fighting is, unfortunately, part of most marriages today.

Two different people, from two different backgrounds, with two
different personalities often are the basis for conflict. However, all
is not lost.

What is the best way for couples?

Ask yourself repeatedly, “What are we fighting for?”

What
do I mean by this? I’m not suggesting you consider the reason for your
fight. What I am saying is that I want you to consider the focus for
your fight. Let me illustrate…

During a recent Marriage
Intensive class in my office, a couple began arguing about money, a
common issue for many couples. They became focused on their own
particular perspective.

“I want to spend less money and increase our savings,” she said emphatically.

“I
want that too,” he added. “But I want to enjoy ourselves along the way.
I think she is too tight with our money and I hate it.”

“And he
is too loose with our money,” she said sharply. “You ought to see the
things he buys. We don’t need that stuff. It’s wasteful.”

“I work hard,” he said. “I’m not going to work as hard as I do and then have to pinch pennies.”

And on it went.

After a few minutes I stepped in. “What are you fighting for?” I asked.

“Well, she’s trying to control my spending,” he said.

“He’s ruining our budget,” she said.

“Oh,” she said. “That’s different. I want us to be on the same team and have a money plan that works for both of us.”

“That works for me,” he said, looking over and smiling at his wife.

“Exactly,” I said. “What if you both agree, ahead of the fight, to determine the focus of the conflict and what you want as an outcome?”

“That would probably work a lot better than what we’re doing,” he said.

Here are a few ideas to build a better marriage:

First, discuss ahead of time the positive outcome you want to any discussion.
As Stephen Covey famously said, “Begin with the end in mind.” Scripture
says, “Do two walk together, unless they have agreed to meet?” The
principle here is that we can only agree on something if we remain
friends, not adversaries. We cooperate with another only if can envision
agreement, focusing on the solution rather than the problem.

Third, imagine a positive outcome and brainstorm possibilities.
After listening to their concerns, and feelings about them, imagine a
positive outcome. Get creative. Consider how your points of view overlap
and how you might come to agreement. Assume that agreement is possible
and even likely with the right attitude.

Fighting
in marriage is evil. Keep your focus on what will help both of you,
always, and you are on your way to building a marriage you both will
enjoy for life.

[written by Dr. David B. Hawkins]

Choosing Faith Over Fear As A Child Of God