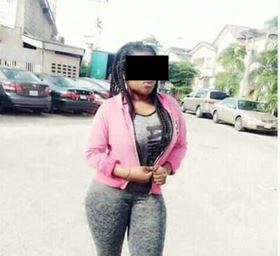 A Nigerian lady has been haunted on social media after making a very
controversial post. Identified as Queen lisa lisa, she claimed that she
has spiritual powers that rubbishes a man’s destiny and blessings after
having s*x with her.

According to her, once a man sleeps with her, he becomes her slave. She wrote:

“Once I sleep with a guy, his destiny and success becomes mine, and he’ll be wretched for the rest of his life ✌✌ Temple queen.”

Men should be careful. There is no gain in fornication and adultery!