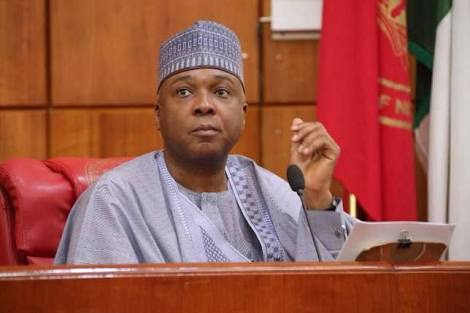 Senate President Bukola Saraki has said that the refusal of Inspector
General of Police, Ibrahim Idris, to show up for security briefing on
the killings across the country in person is a threat to democracy.

Saraki stated this via his Twitter page. He said
Idris’ failure to honour Senate invitation is a threat to democracy that
cannot be tolerated.

Recall that the Senate had invited Idris to
come and brief it on the killings in the country, but, for the second
time in less than a week, the IG had declined to make physical
appearance.

Last Thursday when he was supposed to appear before
the Senate, he sent a Deputy IG, Joshak Habila, and went on a state
visit with President Buhari to Bauchi.

The Senate refused to entertain Habila, insisting on having the IG. 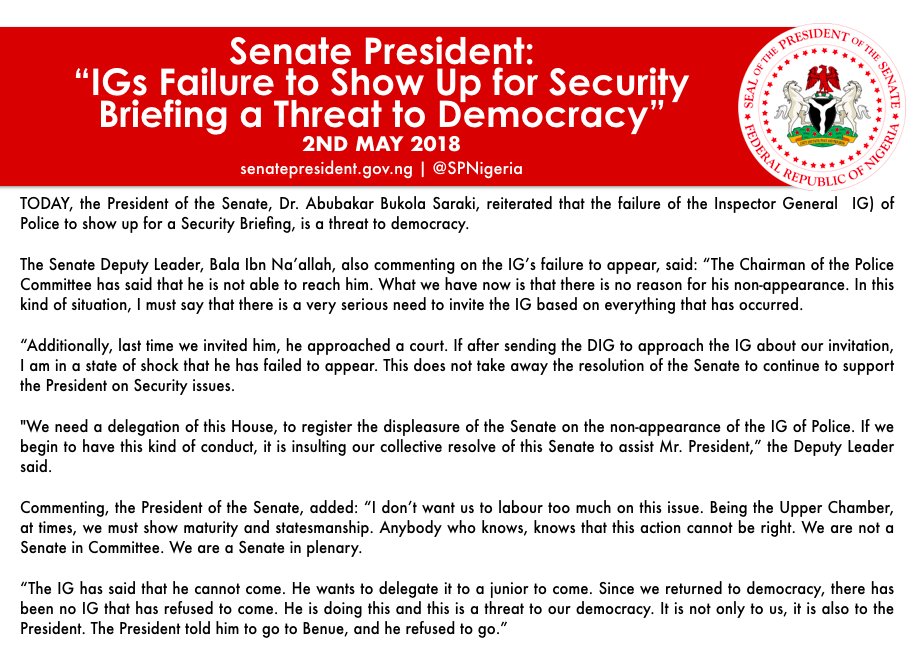 Yesterday, the IG sent Habila again, but the lawmakers condemned the action, saying it could jeopardise democracy.