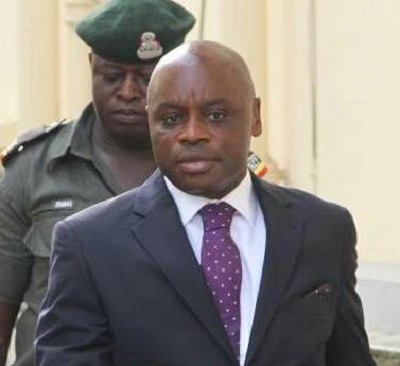 A Senior Advocate of Nigeria, Dr. Joseph Nwobike has been convicted of
12 counts bordering of perversion of the course of justice by the Lagos
State High Court in Ikeja.

Justice Raliat
Adebiyi, who pronounced the verdict on Monday morning, said the Economic
and Financial Crimes Commission proved beyond reasonable doubts that
the SAN was in constant communication with court officials to influence
the assignment of his cases to his preferred judges.

The Punch
reports that the prosecutor, Rotimi Oyedepo, said the offence carries a
prison term of two years, but the defence counsel, Mr. Wale Akoni (SAN),
said sentence is at the judge’s discretion, and pleaded with Justice
Adebiyi to temper justice with mercy.

The judge stood the case down, rose and went into her chamber