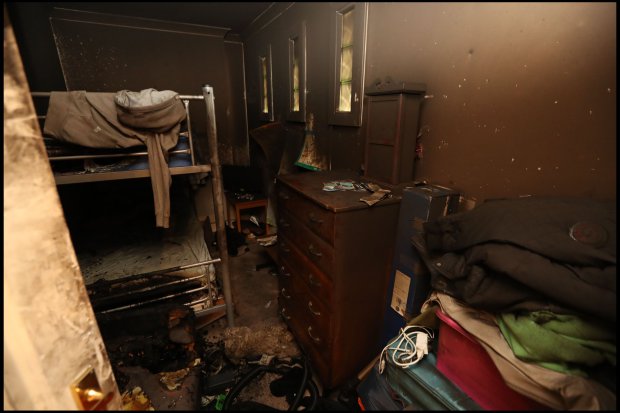 A mother and her three children were forced to flee their home after a
cheap phone charger from a discount store overheated, causing a blaze
inside the house.

Firefighters were called to their flat in
Bournemouth, Dorset, on Monday night when flames began became visible
from the property. Residents of the block were evacuated as crews from
three Bournemouth fire stations battled the blaze.

No one was injured but the source of the fire is believed to be a cheap phone charger, which was plugged in at the time.

Donna
Burton was settling down with her three children, aged 11, 12 and 18 to
watch Britain’s got Talent on Monday evening when she noticed the smell
of burning coming from one of her son’s beds.

After investigating, she noticed the charger had become so hot that a hole had been burnt into the duvet cover.

She
quickly unplugged the charger and returned to the living room but the
family then spotted a ‘bright orange glow’ and realised the room was on
fire. Donna said: ‘My son was charging his phone with a USB charger from
a discount shop.

‘He’d plugged it in and then put his phone on
the bed. We were watching Britain’s Got Talent together and then I
noticed a smell of smouldering.

‘The charger had become so hot it had burned a hole through the duvet cover..’

‘It
wasn’t an electrical problem – it was the charger. I wanted to warn
people that this could happen to them. It could have been ten times
worse.’

The fire was attended by fire crews from three different
stations, and fire authorities have warned people against using cheap,
untested chargers.

Station manager Ant Bholah of the Dorset and
Wiltshire Fire and Rescue Service said: ‘The most likely cause of this
fire was a mobile phone left charging on the bed.

‘It appears as
though the charger, which was not an official manufacturer model,
overheated and this led to the bedding catching alight.

‘We would
strongly recommend that people avoid using cheap chargers, and never
leave an electrical item to charge on top of anything that is easily
combustible, such as the bed.’

Although it can be cheaper to buy
imported, unofficial chargers, fake mobile phone chargers are often made
with poor quality components that fail to meet UK safety regulations.
This means they can cause injury, electric shocks and even fires.

Members
of the public are urged to follow instructions for all electrical
devices and use the correct chargers in line with the manufacturer’s
guidance.

Phone chargers also shouldn’t be left plugged in
overnight as they can overheat. Phones left charging on soft furnishings
and phones covered up as they charge are particularly likely to cause
problems. 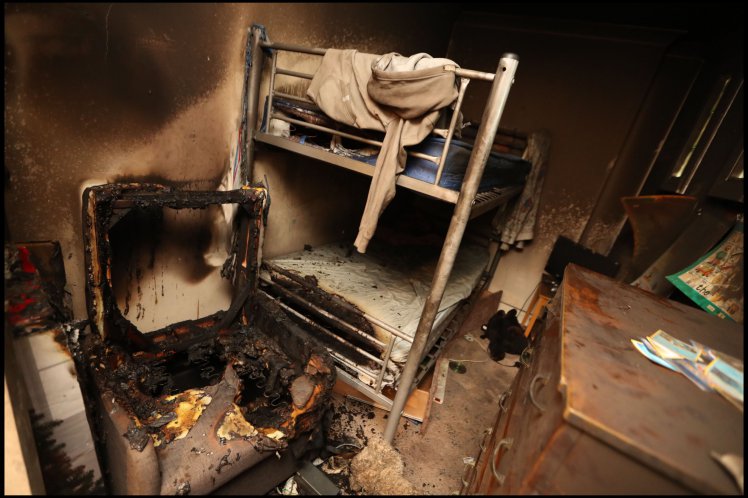 How To Take The Perfect Vacation Pics