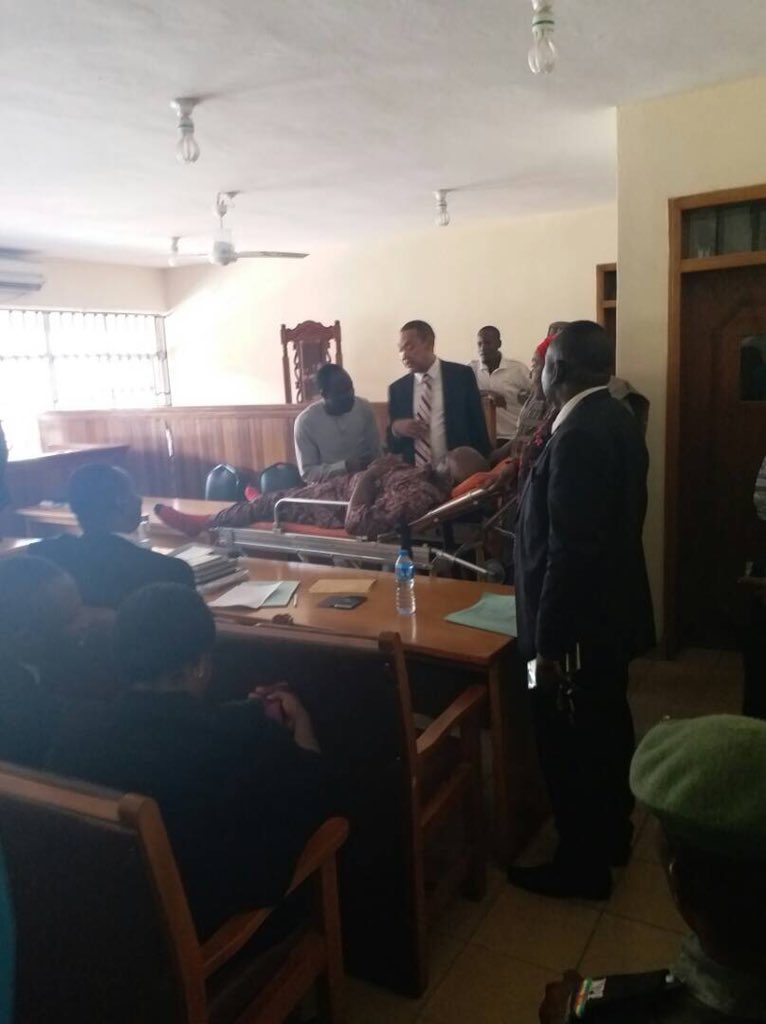 A Kogi State High Court has ordered that the senator representing Kogi
West, Dino Melaye, be moved to the National Hospital, Abuja.

This followed the refusal to grant bail to Dino Melaye on Thursday when
he was hauled before a Senior Magistrates’ Court sitting in Lokoja, on
seven counts bordering on criminal conspiracy and illegal possession of
fire arms.

The trial judge also adjourned
till Monday, 7th, May for continuation of hearing in a written bail
application filed by Melaye’s counsel, Chief Mike Ozekhome, SAN, asking
for a variation of the remand order placed on him.

The Chief
justice of Kogi State, Justice Nadir Ajanah, who presided over the
proceedings on Friday, said that in view of the critical health
conditions as espoused by the counsel to the applicant, he should be
moved to the National Hospital, Abuja, for proper medical attention.

Punch
reports that counsel to the defendant, Mike Ozekhome, had argued that
Senator Dino Melaye was a chronic asthmatic patient who gasped for
breath on Thursday while being arraigned and had to be given his special
inhaler right there in the courtroom and in the presence of the trial
magistrate, Sulyman Abdalah.

In an interview after the order,
Ozekhome said that the judge was convinced beyond all reasonable doubts
that the Police Clinic facilities in Lokoja could not meet the medical
needs of Senator Dino Melaye.

“He also recognised the fact that
as a senator of the Federal Republic, Dino cannot abandon his
legislative duties and jump bail.

“Apart from this, his passport
and other travel documents are in the possession of the Police, which
makes it impossible to leave the country,” Ozekhome added.