Dino Melaye Brought To Court On Stretcher By Police (Photos) 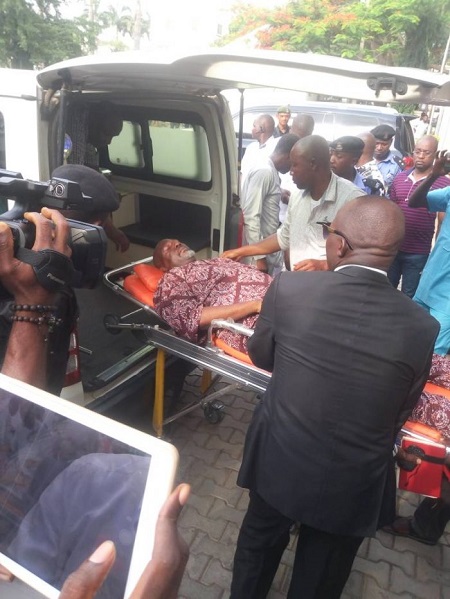 The Police on Wednesday brought Kogi Senator, Dino Melaye to a
Magistrate Court in Abuja on a stretcher. The case is getting
interesting. More photos… 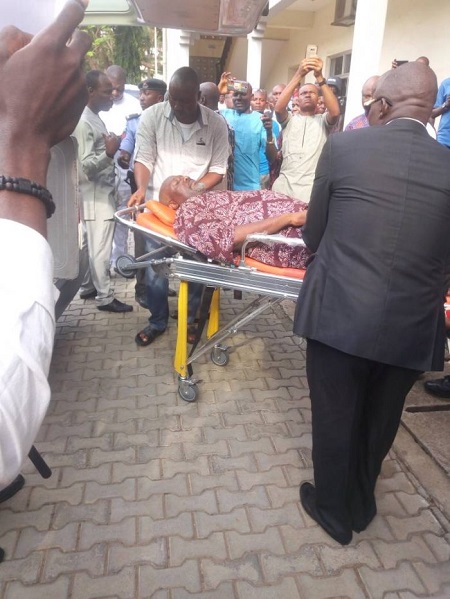 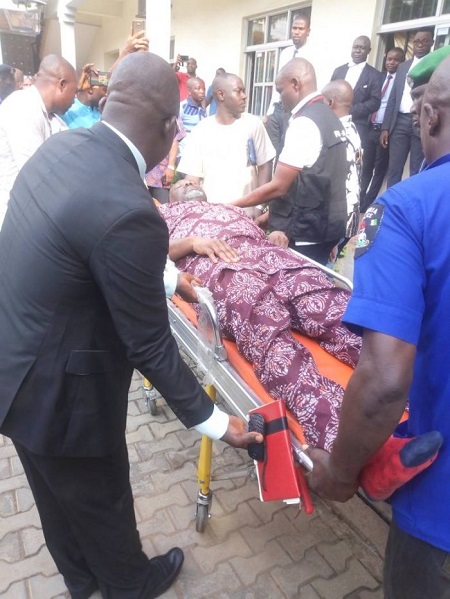 Dino was accused of collaborating with suspects arrested for kidnapping,
illegal possession of arms and political thuggery in Kogi State. Before
arriving court premises, security officers stopped vehicular and human
movement in the court vicinity.

Senator Melaye has however
denied the allegations, blaming his problems on his state governor,
Yahaya Bello. After listening to the case, the judge granted Melaye bail
to the tune of N90million with two sureties in like sum.

The
court ordered that one of the sureties must be a civil servant not lower
than Great Level 14, and one must have easily identifiable residence in
Abuja. The court held that Dino must deposit his international passport
with the Federal Capital Territory Police Command.

In addition,
the magistrate ordered that Dino must report to the Wuse police command
every working day of the week until same is altered by the court.

At
about 4:20pm, Dino was stretchered out of the courtroom under the watch
of policemen armed to the teeth, into a waiting ambulance, under
escort.

The matter was adjourned to June 6.