Who is deceiving who? Buhari’s ‘One Term’ Statement Not Applicable Anymore – Femi Adesina 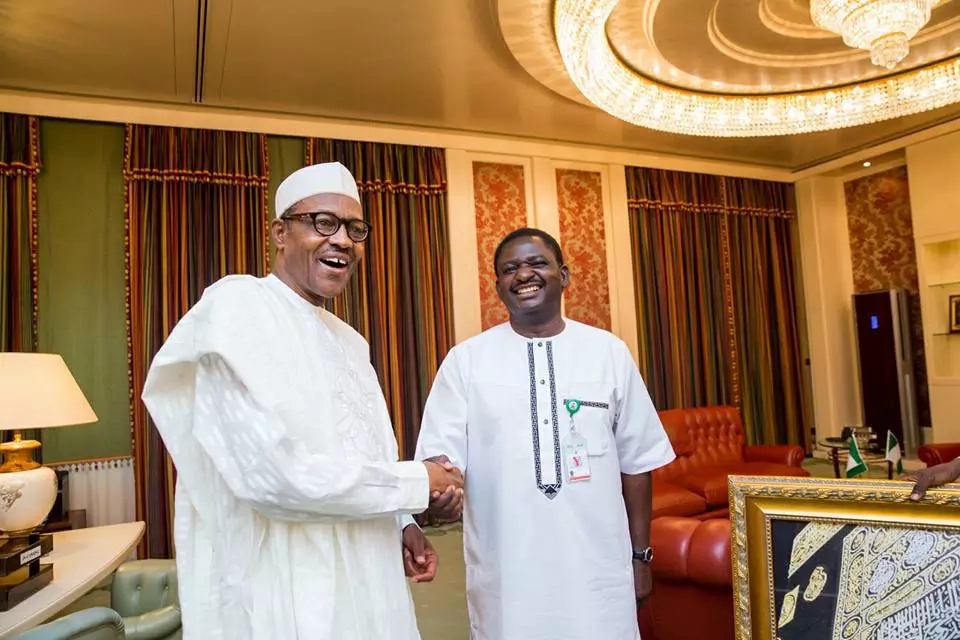 While speaking during a Channels Television programme on Tuesday, Femi
Adesina, the presidential special adviser on media, said that President
Muhammadu Buhari’s 2011 statement that he will only be president for one
term is not applicable anymore.

The
president’s spokesman said Buhari entertained pleas for him to be
president for the past one year before declaring his intention. His
said;

“The other one of running one term was in 2011. When he
was running in 2011 he said yes he will be a president for only one term
but did he win in that year? No. The victory came in 2015. So that
being quoted from 2011 is not applicable again.

“There were a lot
of convincing and appeals. I have sat in different meetings with
different groups and the president and all of them the reason they came
was that they run for a second term in office.

“And do you know
that whenever the president reacted to this groups, he will pick every
other thing he raised and he said the issue of a second term he will not
say a word and that has been the past one year, these calls have
started coming and he didn’t say a word. That reinforced my opinion that
for him that it is not a do or die affair it is just a matter of
serving the country.

The president’s spokesman said the
declaration would not affect governance, saying: “I think the president
had just picked the right time to make his intentions known, whether it
will affect governance or not depends on the personality of who is the
president.

“Don’t forget that under Obasanjo when the process was
affecting governance, he read a riot act and said let’s concentrate on
governance, President Buhari is just somebody like that, he will never
allow politicking to affect governance.”

Speaking further,
Adesina said the president may be re-elected on his achievements in
security, reviving the economy and fighting corruption.

He said;
“There certain things that he set out to do. Normally it comes up under
three broad umbrellas. One is secure the country, two is fight
corruption, three is revive the economy and I have said it in all three
areas.