Senators Who Take N13.5m Monthly Just Budgeted Only N66m For University of Ibadan 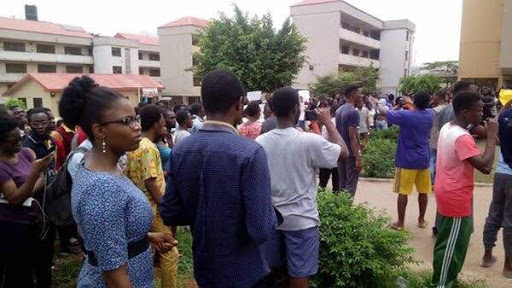 The Academic Staff Union of Universities (ASUU) yesterday decried ‘the
paltry’ N66million allocation for capital projects in the University of
Ibadan (UI), with a student population of about 30,000.

It said senators, who appropriated the amount, were paid N13.5 million each as running cost per month.

The union said this could only happen where the ruling class lacked vision.

He said: “It will be difficult to have a citizen who
will love the country in future if the present trend of abandoning the
poor, while taking care of the rich, is not stopped.

“While
each senator is paid N13.5 million as running cost per month, the same
Senate appropriated a paltry N66 million for capital projects in the
University of Ibadan, with a student population of about 30,000. This
can only happen in a country the ruling class lacks vision. This
government refuses to drop a kobo for the revitalisation of public
universities. Children of the poor are denied access because
universities cannot admit beyond what the dilapidated infrastructure can
take. Yet, their parents cannot afford private universities. The
Federal Government is owing public universities about N800 billion
revitalisation funds as contained in the agreement with ASUU.”

Omole,
who said the union will oppose unnecessary dues on poor students, added
that the All Progressives Congress (APC)-led Federal Government had
performed poorly in education.

He said in the United States of
America, the elite funded public universities because the country was
interested in bridging the gap between the rich and the poor.

“They know the implication of having a growing number of illiterates as we have in Nigeria today.”

The
ASUU chairman said the Federal Government had paid lip-service to
public education, preferring to pacify militants and terrorists.

He noted that while the people are suffering, the political class has enough to spend in preparation for 2019 general election.

Safety Tips For A Travelling Group