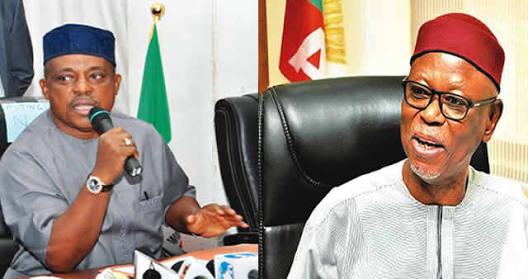 The Head of Transparency International in Nigeria and Director of the
Civil Society Legislative Advocacy Centre, Musa Rafsanjani, speaks on
the looters’ list released by the Federal Government and other issues,
in this interview with The Punch’s Olaleye Aluko.

The Federal
Government has released some names of alleged treasury looters. Do you
think this is a step in the right direction for Nigeria?

Absolutely,
I don’t think there is anything wrong in publishing names of people
that have actually looted the resources of the country. They have
plunged us into the misery we now find ourselves. If these persons were
investigated and found to have committed that offence, it was right for
their names to be disclosed.

However, I have my reservations
about the decision to publish their names. First, why has it taken the
Federal Government so long to publish the names? The names were
published months to the election season and the first interpretation
Nigerians gave to the scenario was that it was a political witch-hunt.

Another
issue is that the list is not comprehensive. The government did not
include members of the ruling party being investigated for corruption.
Therefore, people are likely to, again, give the list a political
interpretation. When the people have this feeling, the effect the
Federal Government expected the disclosure to have is already lost.

For
me, the timing of the list is not appropriate and the list is not
comprehensive. We know that in Nigeria, there are lots of people who
have also looted this country at the local and state government levels.
Last year, I know that there was a court ruling mandating the Federal
Government to publish the names of the looters. But the government did
not immediately do that. The government must revisit the list and see
that it includes those persons from its own political party also.

Some Nigerians believe that the list is one-sided, and therefore, not credible. Do you agree with this?
Some
of these people have confessed and they have even promised to return
the looted funds. The only thing is that the Federal Government must not
allow political considerations in the compilation of and investigation
into people who looted the country’s treasury. This is a very important
national task that should not be mixed with politics.

I think,
like the court has ruled, the government must bring out a comprehensive
list of the looters. The government must be sincere in its
identification of the looters. The government must not allow these
officials to hide under their party. There are even some looters who
neither belong to the Peoples Democratic Party nor to the All
Progressives Congress; they are civil servants. This is why the
government must not be found playing politics with its investigations
into the loot. But whatever the case, anyone who has looted this country
must not be allowed to go scot-free. Otherwise, the very important work
of sanitising the country will be watered down.

Some of the
alleged looters have said their cases were still in court, arguing that
it was improper for the government to publish their names. Do you share
this view?
No, but they are confessed looters because some or
many of them have agreed to return the money. So, nobody should hide
under the guise of court. Publishing the names of only the PDP members
did not exonerate them from committing the offence against this country.
Some of the PDP members have confessed to the looting and have even
offered in recent past to return their loot.

2 Nigerian Ladies Wrote Their Final Exams In Their Wedding Gown

Am I Really Saved? See 10 Ways To Know For Sure